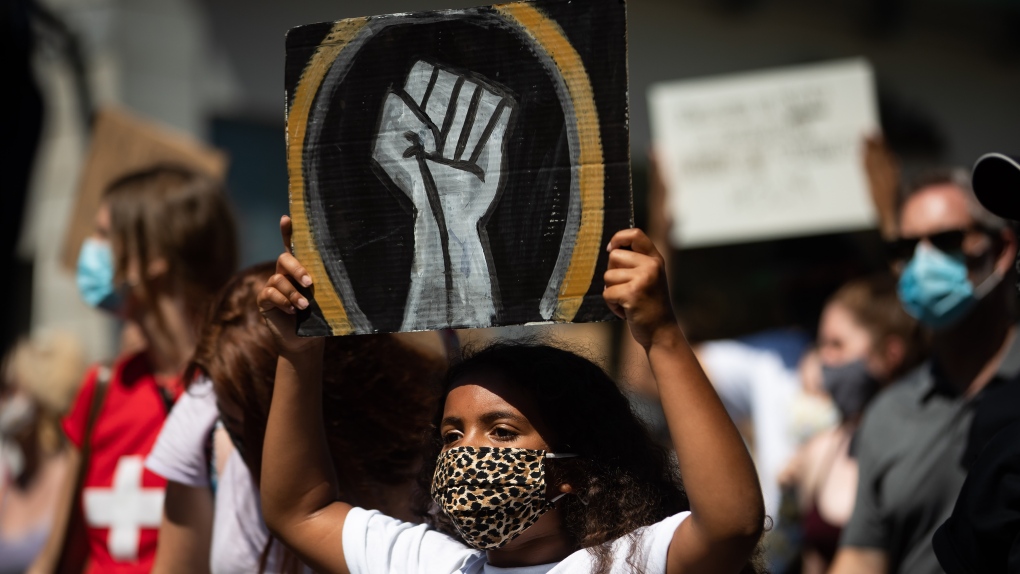 A young girl holds up a sign as she marches with hundreds of others during an Emancipation Day March, in Vancouver, on , August 1, 2020. Emancipation Day marks the abolition of slavery in parts of the British Empire. The Slavery Abolition Act went into effect on August 1, 1834, after receiving Royal Assent nearly a year earlier. THE CANADIAN PRESS/Darryl Dyck

HALIFAX -- Nova Scotia is celebrating Emancipation Day for the first time after passing legislation to observe the day earlier this year.

The day marks the anniversary of the abolishment of slavery across the British Empire on Aug. 1, 1834, a year after the Slavery Abolition Act was passed by the British Parliament.

The Act freed about 800,000 enslaved people of African descent throughout the British colonies, including those in Upper and Lower Canada.

Deputy Culture Minister Kesa Munroe-Anderson says the day is a time for learning and reflection for not just people of African descent, but all Nova Scotians.

In-person and virtual ceremonies and events are planned for Emancipation Day across the province.

In March, the federal government unanimously passed a vote to designate today as Emancipation Day.

This report by The Canadian Press was first published Aug. 1, 2021.