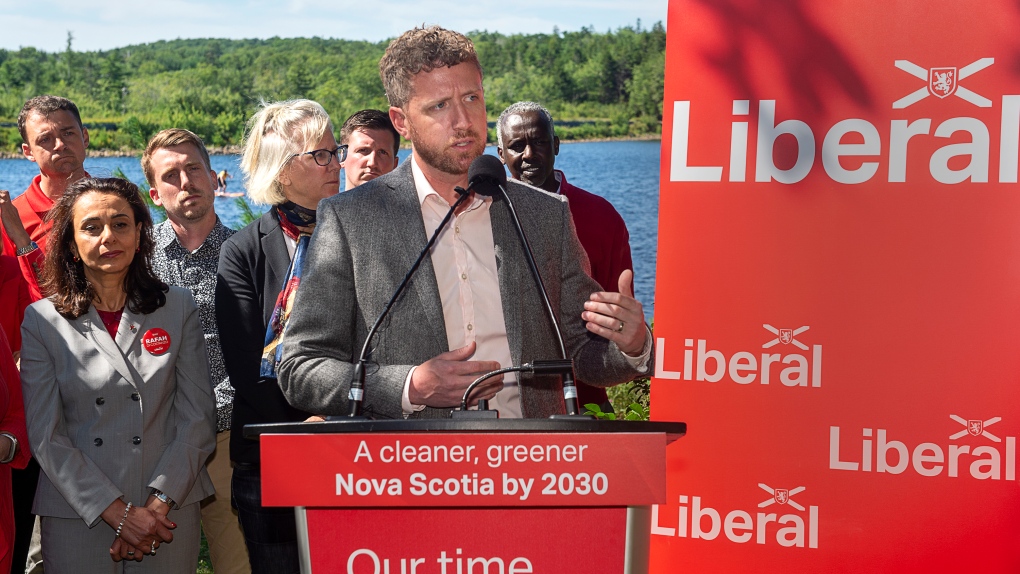 HALIFAX -- Previous targets for greenhouse gas reductions and a new promise to protect more land in Nova Scotia were the highlights of the Liberal party's environmental platform released Tuesday.

Much of the platform's $173 million in promised spending over four years had already been set out as part of government policy or had been announced before the Aug. 17 election was called.

Liberal Leader Iain Rankin used the backdrop of a provincial park in Halifax to announce his party's plan, saying its centrepiece is the commitment made before the election to reduce greenhouse gas emissions to 53 per cent below 2005 levels by 2030 and to reach net-zero emissions by 2050.

"We are one of the last provinces to use it (coal) as an energy source," Rankin told reporters. "It's going to be tough but we are starting with a renewable energy tender that is one of the largest in the province's history."

A week before the election was called, Rankin announced his government would be issuing a request for proposals for projects to generate 350 megawatts from renewable sources. The government said at the time the initiative would supply another 10 per cent of the province's electricity from wind and solar power and cut greenhouse gas emissions by more than one million tonnes a year.

"That is probably the most important, single focus for us to get off coal 10 years earlier," Rankin said, referring to the province's previous goal of reducing emissions by 53 per cent below 2005 levels by 2040.

He also announced a new target of protecting 17 per cent of the province's land from development -- up from the current 14 per cent. Rankin said reaching that goal would protect about half of Crown-owned land, adding that the general target date for doing so is 2030.

"We need to protect more of Nova Scotia while growing our economy," he said. "It's not an either or. A healthy environment is actually foundational to growing a healthy economy."

Rankin said many of the new initiatives in the platform would be paid with money from cap-and-trade auctions this year that are expected to collect roughly $50 million. About $15 million over four years would be dedicated to upgrading provincial parks and $20 million over the next two years to help low-income families with energy efficient home retrofits.

The Progressive Conservative platform calls for the protection of 20 per cent of the province's land and water, and it sets a goal of having 80 per cent of the electrical supply from renewable sources by 2030.

The NDP has said it would introduce a target of lowering carbon dioxide and other greenhouse gas emissions by 50 per cent below 1990 levels by 2030.

Elsewhere on the campaign trail Tuesday, NDP Leader Gary Burrill highlighted the need for more affordable housing in the province, pledging 1,000 new affordable units over four years at a total cost of $158.4 million. Burrill said the units would be created by investing in "publicly owned, co-operative and non-profit housing."

Tory Leader Tim Houston talked about his party's promise of a $1-million fund to help support and revitalize hockey rinks in rural communities. He noted the importance of helping rinks that he said are "economic drivers" at a time when many municipal budgets are shrinking.

Meanwhile, Elections Nova Scotia said that as of Monday, a total of 20,810 early votes had been cast. At the same point in the 2017 election, 7,784 Nova Scotians had taken the opportunity to cast early votes.

This report by The Canadian Press was first published Aug. 3, 2021.