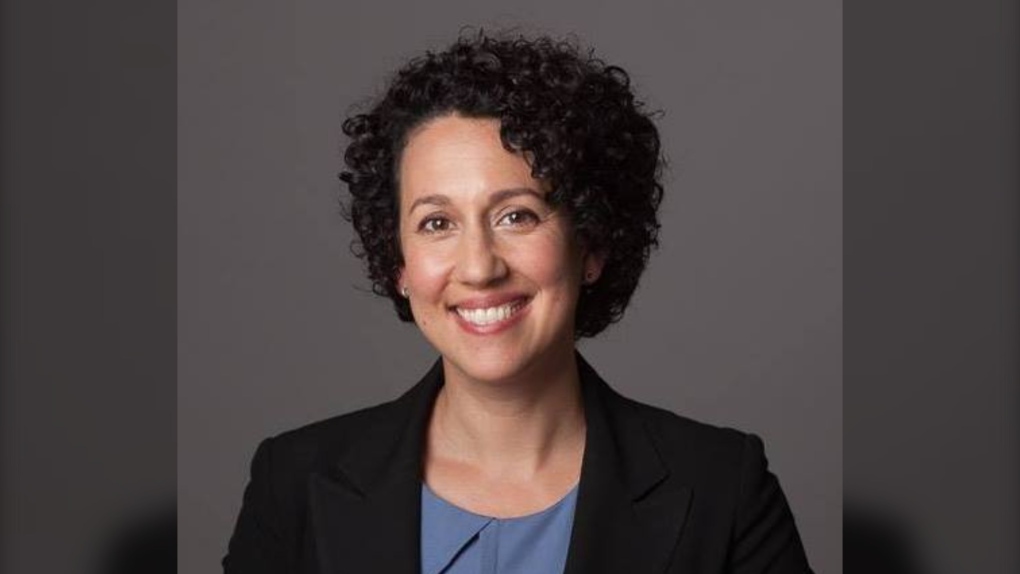 Nova Scotia's new NDP leader came out of the box swinging at the province's Progressive Conservative government on Saturday, calling it "dangerously out of touch" as she claimed her party's top job.

Claudia Chender, who ran unopposed, officially secured the leadership after an online party vote that began last Monday. The party did not release the final vote tally.

Chender immediately called on Premier Tim Houston to extend support to families struggling with the cost of living in the form of a $500 direct payment.

"We have a government that is dangerously out of touch," Chender told a cheering crowd of party supporters at a Dartmouth, N.S., hotel. "Provincially we are among the only jurisdictions doing nothing to directly support people in this time of unprecedented inflation. I have a message for Nova Scotians - the NDP has your back."

Chender said the province should use the windfall from its gasoline tax to provide the money to families who earn less than $70,000 a year. The Tories have repeatedly said that tax money is needed to keep up the province's roads and highways.

Chender said her proposal is similar to one already offered by Quebec.

"We know that people need it," she said. "It's real help and that's what we are pushing for."

Chender, a 45-year-old former lawyer, was first elected to represent the riding of Dartmouth South in 2017. She was the party's house leader in the legislature when she declared her candidacy in February.

She is the third woman to lead the party following in the footsteps of the late Alexa McDonough and of Helen MacDonald. Maureen MacDonald served as Interim party leader following the defeat of the government headed by Premier Darrell Dexter in 2013.

Chender's leadership campaign focused on the themes of improving health care and the province's environment, while pitching the need to make power rates and housing more affordable for residents.

"Our tent is big, our vision is bold and the future for Nova Scotia is very bright," Chender said.

She replaces Gary Burrill, who announced last November that he would step down after leading the New Democrats since February 2016.

The NDP, which hasn't held government in Nova Scotia since 2013, has finished third in the last two provincial elections and currently holds six seats in the 55-seat legislature. Five of those six seats are held in the Halifax area with the remaining seat in Cape Breton.

Chender has said her party needs to focus on making "real inroads" outside the province's main urban centres in Halifax and in Sydney, N.S.

Tom Urbaniak, a political scientist at Cape Breton University, called Chender an "effective MLA" who is noted for her eloquence and effectiveness, especially during question period in the legislature.

"She manages to be sharp without being gratuitously hyper-partisan," said Urbaniak. "She will certainly want to build on those strengths."

He said Chender will need to increase her profile across the province in order to "outshine" whomever the second place Liberals choose as party leader at an upcoming convention in July.

"To kind of be the go to opposition voice, that's the immediate challenge," Urbaniak said. "Beyond that she will need to build beyond the party's base and that includes doing some serious grassroots visiting and motivation in ridings outside the Halifax region."

Chender said she realizes that's a big job, but added the work ahead of the next provincial election in three years' time must be done.

"We need to start planning for 2025," she said. "We understand that the path to government is through rural Nova Scotia. We have support throughout this province and our job is to get out there and grow it."

Chender was preceded on stage Saturday by federal NDP Leader Jagmeet Singh, who touted his party's agreement that is helping to keep the minority Liberal government in power.

Singh said that agreement is helping Canadians at a time when they need it through such measures as a national dental care plan and steps to improve housing affordability.

He also defended continued support for the deal, saying now is not the time to force an election when Canadians are coping with inflation, the effects of the war in Ukraine and a continuing pandemic.

"For me the question is simple I will always stand up for people and use our power to lift up people now," Singh said.

This report by The Canadian Press was first published June 25, 2022.

The FBI's unprecedented search of former U.S. President Donald Trump's Florida residence ricocheted around government, politics and a polarized country Tuesday along with questions as to why the Justice Department -- notably cautious under Attorney General Merrick Garland -- decided to take such a drastic step.

Experts voice privacy concerns over RCMP's use of 'intrusive' spyware

Expressing concerns over the RCMP's yearslong use of spyware in major investigations, privacy and civil liberties experts say the previously undisclosed tools are 'extremely intrusive' and they are calling for stronger oversight and regulation of spyware Canada-wide.

Tracking active wildfires around the world

The detention and alleged beating by Quebec police of a Senegalese diplomat last week came as a bailiff was attempting to seize property at her residence to pay for a judgment against her.

Grand jury declines to indict woman in Emmett Till killing

A Mississippi grand jury has declined to indict the white woman whose accusation set off the lynching of Black teenager Emmett Till nearly 70 years ago, most likely closing the case that shocked a nation and galvanized the modern civil rights movement.

TripAdvisor ranks the best Canadian excursions, according to travellers

TripAdvisor has ranked the best excursions in Canada, according to travellers. The activities include driving an ATV through the wilderness of B.C., exploring snow-blanketed caves in Alberta, and whale-watching in Newfoundland and Labrador.