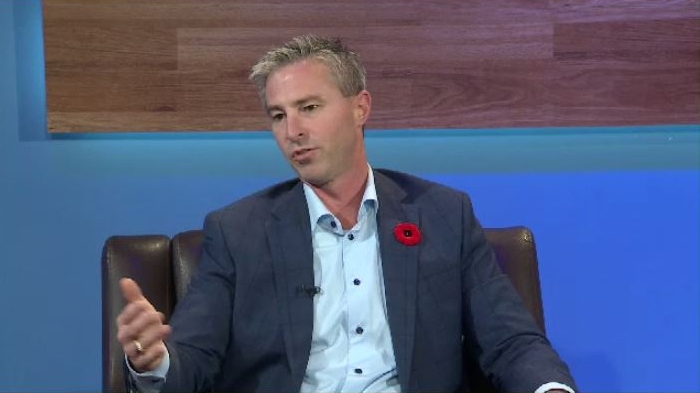 Progressive Conservative Leader Tim Houston says with the province spending over $4 billion a year on health care, there is a need to be innovative in order to fix systems he says just aren't working.

HALIFAX -- A lack of access to primary health care is an ongoing problem in Nova Scotia and the province's opposition leaders say they will push the Liberal government to improve the situation in 2019.

Progressive Conservative Leader Tim Houston says with the province spending over $4 billion a year on health care, there is a need to be innovative in order to fix systems he says just aren't working.

The province has grappled with persistent doctor shortages and emergency room closures in recent years.

Houston points to the provincial wait list, which saw only its second slight decrease in the past year as of Dec. 1, with 55,801 people registered without a family doctor.

While he doesn't offer a specific solution, Houston said a discussion is needed about how to get people health care where and when they need it.

"We are going to be raising those issues and making sure the government understands that it has a responsibility to do better," he said in a year-end interview with The Canadian Press.

Houston said the current system was designed to address acute care and needs to focus more on chronic conditions and prevention given the province's aging population.

He also believes throwing more money at problem areas isn't a panacea for what ills the system.

"Before you just spend more money you should understand what you are spending," he said.

Houston said he believes health care spending should be "tightened up" to eliminate waste before more money is committed.

He said areas his party will watch closely in 2019, include the development of the one-patient-one-record system and the estimated $2-billion redevelopment of the QEII Health Sciences Centre in Halifax. The government announced in October that the bulk of the hospital project would be funded through a public-private partnership.

"We can't take our eye of the ball on that one," said Houston. "We need to make sure that it's done in a good and effective manner and question whether it is improving health care."

NDP Leader Gary Burrill believes access to mental health services is the emerging need in the health system and is something that requires a "significant reconfiguration of priorities."

Last fall, the NDP introduced a mental health care bill of rights that calls for the province to spend 10 per cent of its health budget on mental health by 2025.

The 10 per cent figure is a target established by the World Health Organization. Nova Scotia currently spends about four per cent of its overall health budget on mental health care and programs.

Burrill said the province's health system should address mental health stress with the same urgency it does a broken leg or a heart attack.

"This is possible to do, but we have to reallocate funding within our health care funding," he said.

On another front, Burrill said the government's announcement in June of the closures of the Northside General Hospital in North Sydney, N.S., and New Waterford Consolidated Hospital amounted to a "critical mistake" because of a lack of consultation with the communities.

"It's been a big focus of our work to be holding the government's feet to the fire on this," he said.