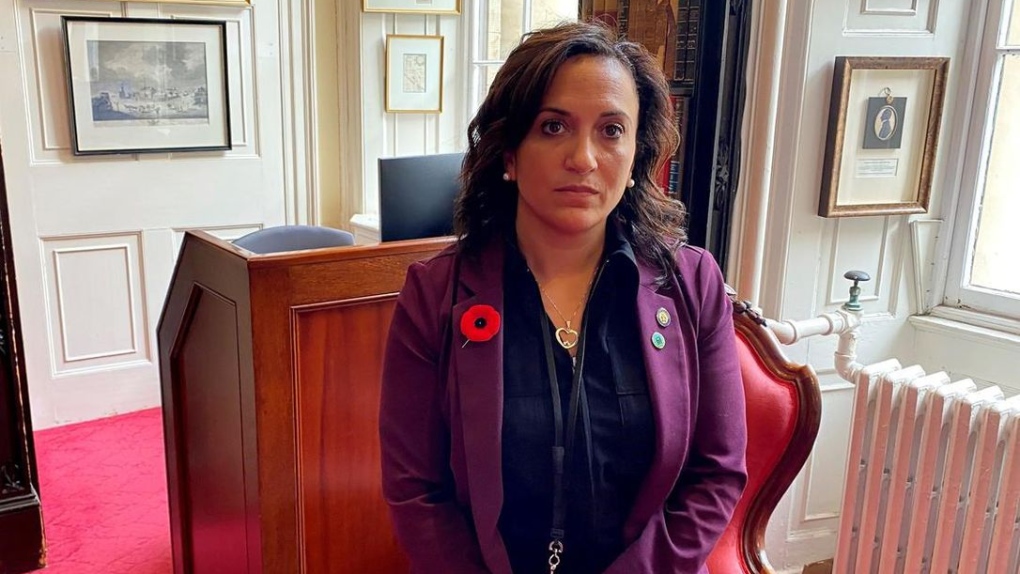 Nova Scotia Premier Tim Houston confirmed Friday that he fired a political staffer after he was made aware of "racist" social media comments about a Liberal member of the legislature who is Black.

Houston didn't reveal what was said and hasn't identified the staffer, citing privacy issues, although it has been confirmed that the staffer worked in the Justice Department.

"I would describe them as racist comments absolutely," he told reporters. "This came to my attention yesterday ... through discussions with staff."

A CBC report said the comments were exchanged between the staffer and a friend over Snapchat and said that Liberal member Angela Simmonds was quick to "play the race card."

"I think the message should be loud and clear that there's zero tolerance for racist or inappropriate behaviour, and everybody needs to live to that same standard, regardless of their position," said Houston.

In an interview, Simmonds said the premier approached her on Thursday and informed her about the comments and said he was considering his options.

Simmonds, who was elected to the House of Assembly for the first time in the Aug. 17 provincial election, said she was surprised she was targeted by personal comments so early in her tenure but expected it would happen at some point.

She welcomed Houston's move to terminate the staffer but qualified her praise.

"It was good, but I don't think it should be celebrated," Simmonds said. "He did what he had to do, and that (firing) should have been the expectation when he spoke to me."

Simmonds, who represents the predominantly Black riding of Preston, also said she was grateful and "felt stronger" for the support shown to her and other Black members of the legislature during proceedings Friday that saw several members stand and express their dismay over the incident.

"The premier told me in the house that he is committed to cultural awareness and culture sensitivity, so I want to see that," she said. "It's about how do we change (attitudes)."

She said a good starting point would be the adoption of a bill the Liberals have proposed in the legislature.

Among other things, the Dismantling Racism and Hate Act would define racism and hate in law and would also require the government to create public consultations with marginalized communities to identify barriers that perpetuate systemic racism and hate.

Meanwhile, Simmonds' caucus colleague Ali Duale said Friday that he would not sit in the legislative chamber until the Progressive Conservative government adopted the bill in a sign of solidarity.

Duale did have a short meeting with the premier following his announcement and said he believed he won a commitment from the premier to seriously consider the bill.

Houston told reporters that he was looking at the Liberal bill, but he also made it clear that legislation is already being worked on through the government side of the house and the Office of Equity and Anti-Racism Initiatives. He said he's asked the office to review the Liberal bill and the opportunity to "marry" it with what's already being worked on.

"We agree with the spirit of the legislation, we just need to make sure that we do the work to get it right," Houston said. The premier said he wasn't sure if such a bill would be ready by the end of the current fall sitting of the legislature.

This report by The Canadian Press was first published Oct. 29, 2021.

Thinly stretched rescue teams worked through the night in Turkiye and Syria, pulling more bodies from the rubble of thousands of buildings toppled by a catastrophic earthquake. The death toll rose Wednesday to more than 9,500, making the quake the deadliest in more than a decade.

Federal Health Minister Jean-Yves Duclos will ask the provinces today whether or not they intend to accept the new health-care funding deal tabled by the prime minister.

U.S. intelligence officials believe that the recently recovered Chinese spy balloon is part of an extensive surveillance program run by the Chinese military, according to multiple American officials familiar with the intelligence.