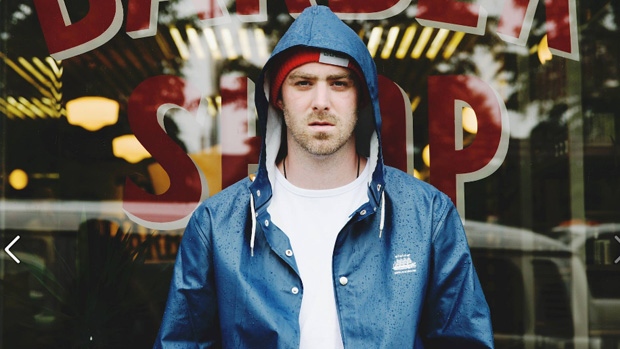 A fun collaboration with Snoop Dogg called "No Pressure" rewarded Nova Scotia rapper Classified with the Song of the Year award Thursday night at the annual East Coast Music Awards.

The rapper, from Enfield, N.S., produced the tune, which also samples a song from emerging Cape Breton-born, Halifax based singer-songwriter Dave Sampson.

Classified also produced Ria Mae's self-titled album, which captured the award for Solo Recording of the year. Mae's album featuring "Clothes Off" became a smash hit on the Canadian radio charts and grabbed a Juno nomination for single of the year -- a category based on sales.

Old Man Luedecke captured Album of the Year for his Domestic Eccentric. Produced by Tim O'Brien, the album was recorded in a small cabin in the snowy Nova Scotia woods.

Tristan Horncastle had the Country Recording of the Year with "Turnin' Up a Sundown."

Ever-popular Lennie Gallant was named the Fans' Choice Entertainer of the year.

The East Coast Music Association is a regional collaboration of people in the music industry to foster, develop and celebrate East Coast music and its artists.

"Once again, the awards show proved to be an excellent way to kick off the ECMAs," said Andy McLean, the group's executive director.

Industry sessions and local performances continue though the weekend.

Other winners Thursday night included War Horses for Indigenous Artist of the Year, and The Motorleague with Rock Recording of the Year for "Holding Patterns."

Like a Motorcycle took home the coveted Rising Star Recording of the Year award for their hard-driving rock tune "High Hopes."

The remaining 2017 East Coast Music Awards, including the Industry Awards, will be handed out over the course of the weekend as the festival continues in Saint John.