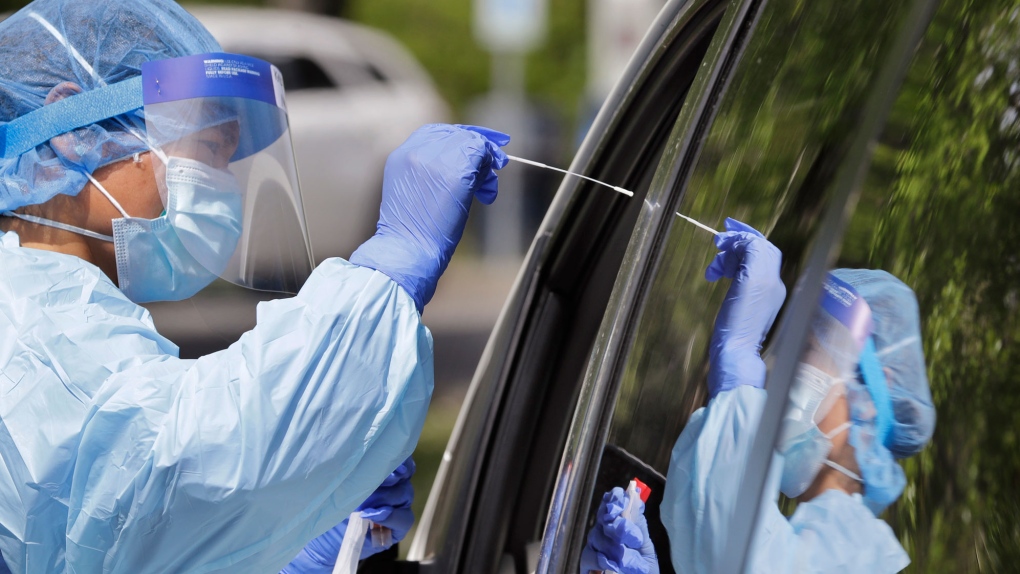 Medical assistant Melanie Zamudio is reflected in the window of a car as she reaches in to take a nasal swab from a driver at a drive-up coronavirus testing site. (Elaine Thompson/AP)

HALIFAX -- For the sixth straight day, Nova Scotia is reporting no new cases of COVID-19, with two active cases remaining in the province.

Nova Scotia has also renewed its state of emergency. The order is extended until August 23, unless government terminates or extends it.

The number of confirmed cases remains at 1,071, though 1,005 cases are considered resolved, and 64 people have died, leaving two active cases in the province.

The province's confirmed cases range in age from under 10 to over 90, with 61 per cent of the cases being females and 39 per cent males. 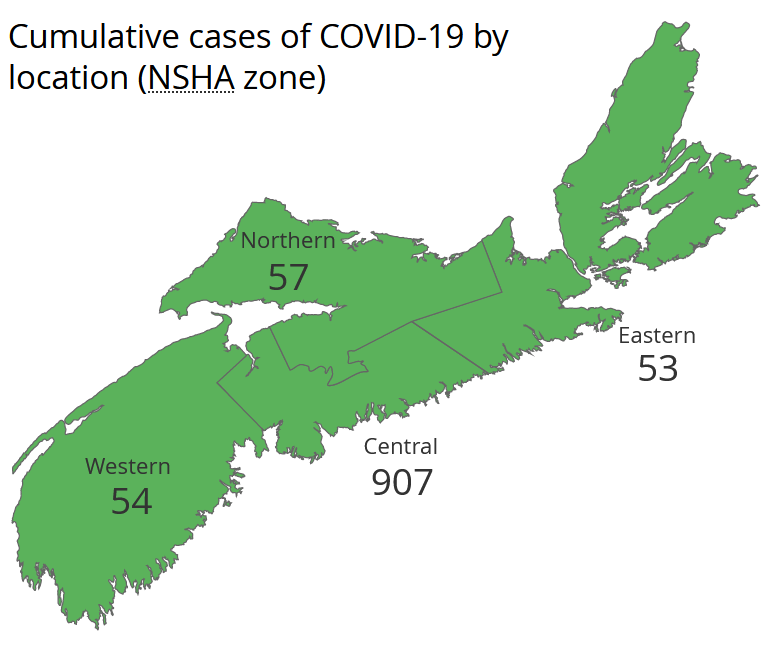 The province’s last two confirmed cases of COVID-19 were reported on Sunday in the Nova Scotia Health Authority’s central zone.

Both cases are related to travel outside Canada and both people have been in self-isolation. One person is connected to two travel-related cases reported last week.