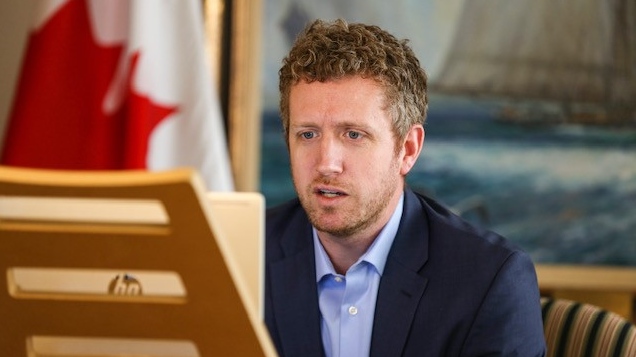 Nova Scotia Premier Iain Rankin is holding off for now on approving $25 million a commission has called for to quickly address some affordable housing needs.

HALIFAX -- Nova Scotia Premier Iain Rankin is holding off for now on approving $25 million a commission has called for to quickly address some affordable housing needs.

Rankin said after a cabinet meeting on Thursday that he wants to make sure the funding request fits within his government's fiscal plan before he signs off.

A report released on May 31 by Nova Scotia's affordable housing commission said the money would help up to 900 households find reasonably priced accommodation, and it called for that to happen within 100 days.

The report and its 17 recommendations followed a public outcry last fall over a series of widely publicized evictions of low-income tenants and rising homelessness in Halifax.

Rankin noted that the funding is part of a "suite of recommendations" his government is considering.

Geoff MacLellan, the minister responsible for housing, presented the report to cabinet and played down Rankin's comments, saying he doesn't get the sense the government is veering away from the commission's funding recommendation.

"This is normal diligence. It's nothing to be concerned about," MacLellan told reporters.

The report's recommendations ranged from protections for tenants from unfair evictions to altering legislation so zoning could require developers to include low-income rentals in their projects.

However, it didn't adopt a clear stance in favour of continuing rent control in light of the cap that has been imposed by the province during the pandemic.

This report by The Canadian Press was first published June 18, 2021.