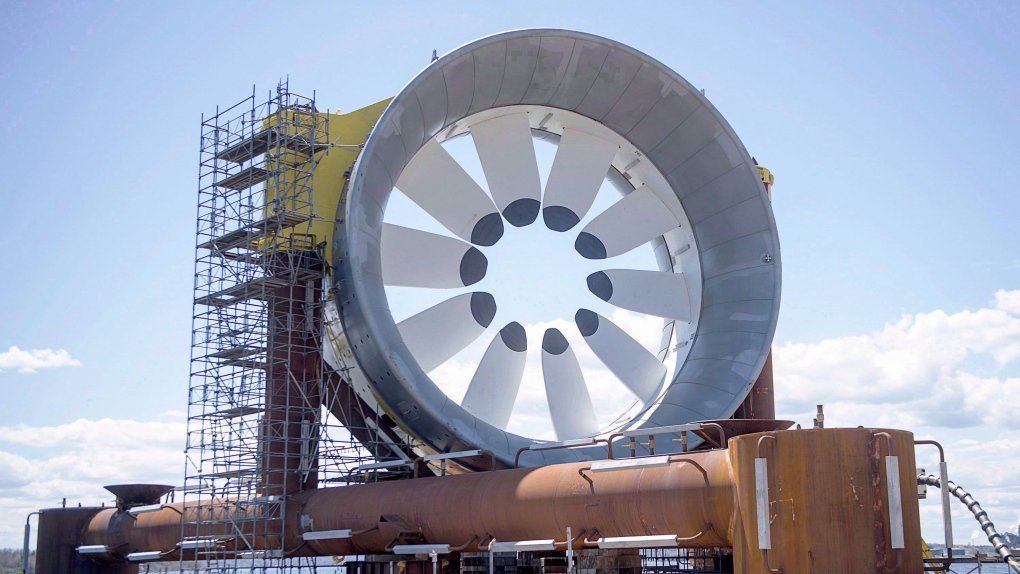 A turbine for the Cape Sharp Tidal project is seen at the Pictou Shipyard in Pictou, N.S., on May 19, 2016. (THE CANADIAN PRESS/Andrew Vaughan)

HALIFAX -- The Nova Scotia government says proposals for a new tidal energy project in the Bay of Fundy must include a plan to remove a massive tidal turbine abandoned in the water.

It says companies bidding for the project must have $4.5 million available to cover the costs of removing the turbine, and must have additional funds before putting a new device in the water.

The project was one of the first to generate electricity from the bay's strong currents, but it was plagued by financial and technological woes.

The turbine is not currently spinning and is still in the water.

The government says the turbine does not pose threats to the environment and retrieval "could happen" in mid-to-late 2020.

John Dalton of the firm Power Advisory will lead the team assessing proposals.

This report by the Canadian Press was first published Oct. 25, 2019.