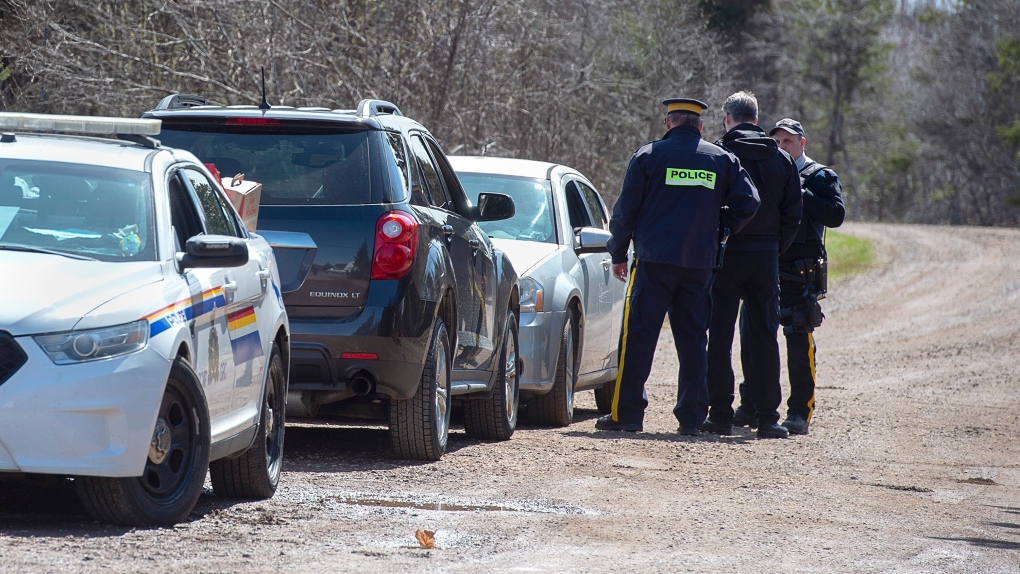 RCMP officers maintain a checkpoint on a road Portapique, N.S. on Wednesday, April 22, 2021. RCMP say at least 22 people are dead after a man who at one point wore a police uniform and drove a mock-up cruiser, went on a murder rampage in Portapique and several other Nova Scotia communities. (THE CANADIAN PRESS/Andrew Vaughan)

Nova Scotia senators are renewing a call for the province to join with Ottawa to launch a joint inquiry into the mass shooting in April that claimed the lives of 22 people.

Senators Wanda Thomas Bernard and Dan Christmas have added their voices to an appeal initially made June 7 by Senators Mary Coyle, Colin Deacon and Stan Kutcher.

They say in a letter Tuesday that even though provincial Justice Minister Mark Furey confirmed on June 3 there would be some kind of joint review or inquiry, nothing has happened since then.

The senators say the delay has led to increased speculation about the shootings and the assailant, which could be eroding public trust in law enforcement.

The initial letter to Furey and federal Public Safety Minister Bill Blair asked for an independent federal-provincial inquiry, which the senators say is needed to explore issues beyond the role of the RCMP.

They say the investigation must address related social issues through a "feminist lens" because the gunman assaulted his spouse early in the rampage.