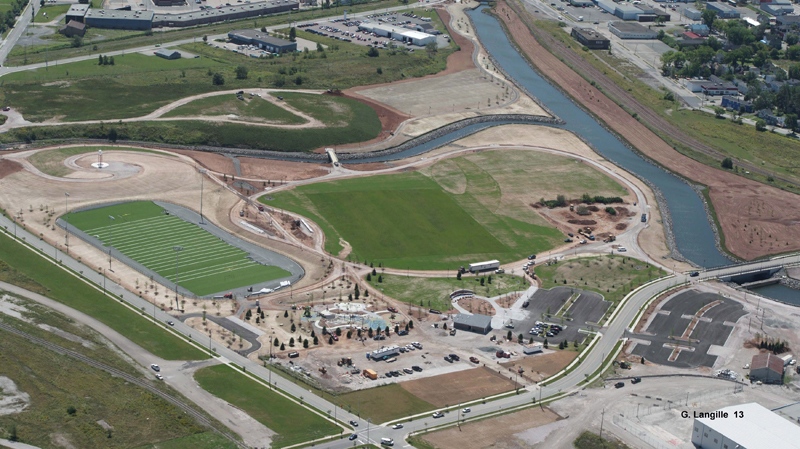 SYDNEY, N.S. - One of Canada's most polluted industrial sites -- the infamous Sydney tar ponds in Cape Breton -- has been transformed into a welcoming, 39-hectare park.

The official opening for the park is today.

The cleanup has taken four years and cost more than 400-million dollars.

Open Hearth Park -- named after the Sydney Steel plant's open furnaces -- sits atop a solidified mixture of cement and one million tonnes of sewage, heavy metals and other toxic waste dumped during a century of steelmaking.

Many other multimillion-dollar cleanup plans had been proposed in the last 30 years, but they all led nowhere.