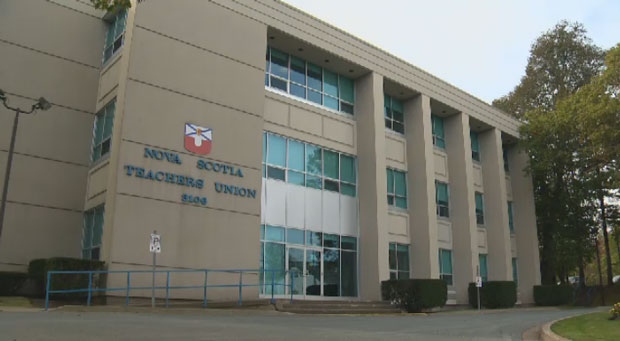 The Nova Scotia Teachers Union has called for a strike vote on Feb. 20, 2018.

HALIFAX -- The Nova Scotia Teachers Union is firing back at the education minister after she raised questions over their professional development travel to Hawaii and elsewhere during a work-to-rule campaign.

The union said teachers had been granted permission to travel to conferences, including 11 who went to an education conference last week in Hawaii, before their job action began Dec. 5.

On Thursday, Education Minister Karen Casey asked whether a "double standard" was at play, and questioned why approved trips weren't cancelled once work to rule began. She noted many sporting events, trips and other activities have been cancelled for students.

NSTU president Liette Doucet was not available for interviews Friday, but issued a statement saying Casey's comments do nothing to build trust as conciliation talks continue Saturday and Sunday.

"It's unfortunate that while both sides are working around the clock in an attempt to reach a new contract, minister Casey is making disparaging remarks about teachers," Doucet said in the statement.

"This does nothing to build trust or to bring the two sides closer together."

The union pointed out that school boards told teachers they have the right to attend approved professional development and be reimbursed for it, and that wouldn't change even if they fall "within a work-to-rule or a full strike."

Under work-to-rule, events and activities have been constrained by a strict union edict that stipulates teachers should only report for work 20 minutes before class starts and leave 20 minutes after the school day ends.

The Education Department says the province provides about $6.4 million a year for professional development for teachers.

Debbie Buott-Matheson, a spokeswoman for the Chignecto Central School Board, said the board approved travel for 11 teachers to Hawaii prior to Dec. 5.

"Before they can even go they need approval from the (board's) professional development committee," she said. "They fill out an application ... it's reviewed by the committee and they determine whether or not they believe that the learning opportunity is such that it can be supported by the fund."

Buott-Matheson said the board's teachers can be reimbursed up to $1,850 for two school years.

The Halifax Regional School Board, the province's largest, said its teachers may apply for up to $1,300 every second budget year to attend a conference and can be reimbursed for such things as conference registration, meals, lodging and travel.

All require receipts except meals, which are reimbursed at a per diem of $45 per day.

Information provided by the board shows 95 teachers have been approved for conference travel between Dec. 1 and Feb. 28 to cities including Washington, Chicago, Atlanta and Toronto.

The latest round of negotiations began this week after the government asked the union to return to the bargaining table.

Contract negotiations had previously fallen apart Nov. 25 after the sides agreed to meet with a conciliator.