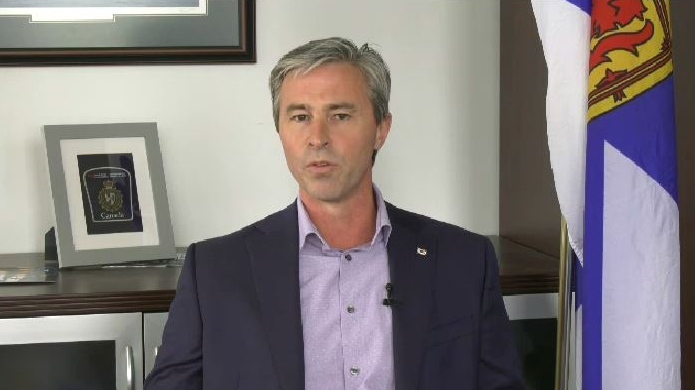 In an interview with CTV Atlantic on Tuesday, Progressive Conservative leader Tim Houston said he has not spoken with McNeil since the pandemic began and that the premier has not responded to any of his letters.

Houston said the COVID-19 pandemic had "shone a light" on the importance of single rooms for long-term care residents when it comes to infection control and to slowing the spread of illness within a facility.

"It's really important for the province moving forward to give dignity to seniors and to make sure that proper infection controls can be put in place," Houston said in an interview.

Of Nova Scotia's 64 deaths so far in the pandemic, 53 occurred at the Northwood long-term care facility in Halifax -- an older facility lacking in single-occupancy rooms.

The province's Liberal government has since appointed a two-person review committee to delve into the Northwood outbreak and a separate review to look at infection control procedures in the health system.

Houston said that even without the challenges caused by the pandemic, the province has an aging population that will add more stress to the system over the coming years.

The Tories said the total investment for the larger project with federal support would come in at $821-million to be cost shared between the two levels of government.

The party's proposal would include help for seniors who require more assistance than can be provided by home care but who don't have complex medical needs and can't afford assisted living.

So-called "supportive living" would establish assisted living choices for seniors, where they can continue to live in a comfortable home environment such as an apartment.