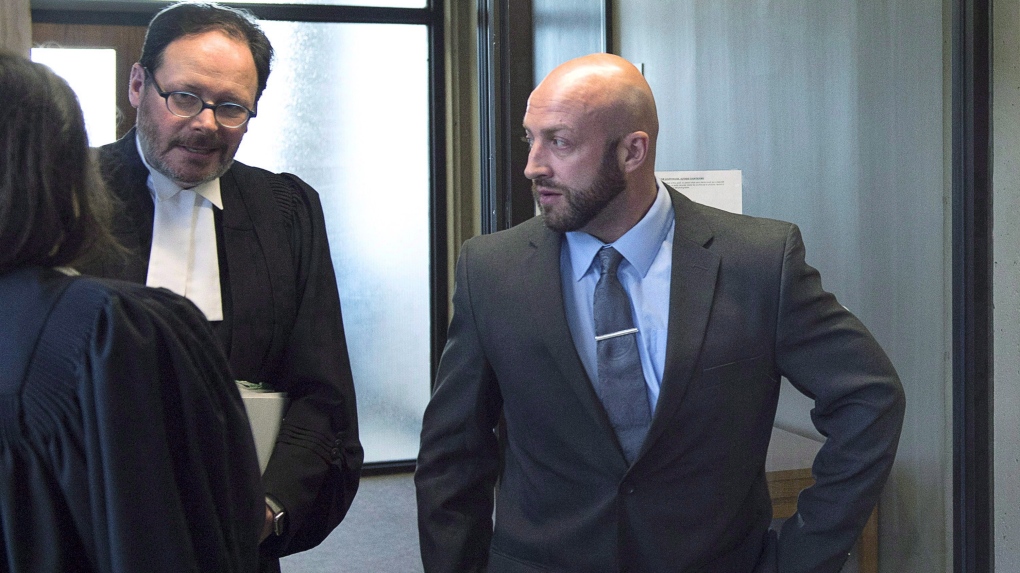 HALIFAX -- A nurse who examined a young Halifax woman after she was allegedly sexually assaulted by British sailors has testified she was surprised by some of her injuries, describing the case as one of the more "significant" she has handled.

Paula Nickerson, who was working as a sexual assault nurse at the time of the alleged incident at a Halifax-area military base in April 2015, said she found a number of bruises and injuries on the woman.

Testifying in Nova Scotia Supreme Court at the trial of U.K. sailor Darren Smalley, Nickerson said there were certain injuries on the complainant's genitals that surprised her because they were not injuries she had commonly found before on sexual assault complainants.

She testified that certain injuries were consistent with non-consensual sexual activity, but conceded under cross-examination by defence lawyer Ian Hutchison that there were other possible causes.

Smalley, 38, is charged with sexual assault causing bodily harm and participating in a sexual assault involving one or more people in the barracks of 12 Wing Shearwater.

The complainant has testified that she was gang raped by at least three men.

The case once involved four accused, but charges against two other sailors were dropped, while charges against another man were stayed earlier in the trial because of illness.

The trial also heard from a forensic DNA specialist from an RCMP lab in Ottawa on Thursday.

Florence Celestin, an expert qualified to give opinion evidence at the trial, said she oversaw the DNA file in this case.

She said human semen was discovered on the complainant's underwear.

Celestin testified that two DNA profiles were discovered on certain areas of the underwear: the woman's and a male.

She later received a request from military police to examine samples from the four men who were originally accused in the case.

Celestin said the DNA profile of the male noted in the original report matched a DNA profile taken from the one of the suspects.

She did not name the suspect, however Smalley's lawyer noted that it was his client's DNA profile.

"You would be aware that the defendant in this case is charged with what's known as being a group sexual assault?" said Hutchison, and the witness replied that she believes she remembers seeing that on the subpoena.

Celestin conceded the DNA could have been transferred from elsewhere, such as the blanket or chair.

She said no bed sheets were sent for examination, nor were any male underwear.

The British sailors were in the Halifax area participating in a naval hockey tournament.

The complainant was at the barracks on the night in question because her friend had invited her on a double date after meeting a British sailor on Tinder.

Testimony at the trial continues Friday.