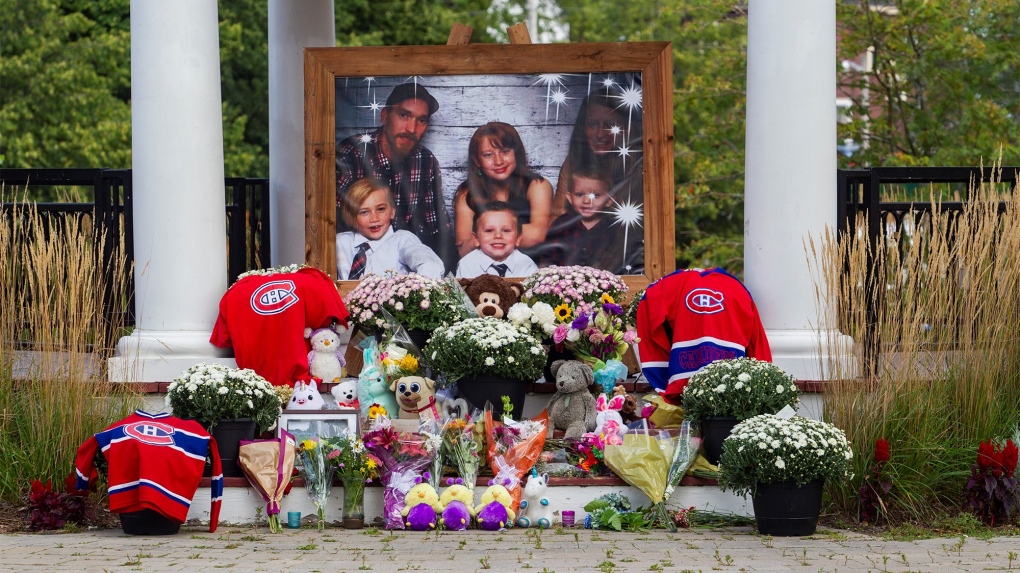 The obituary of a Nova Scotia family who died in a fire in a travel trailer a week ago is providing further details about the mother, father and four young children. THE CANADIAN PRESS/Ron Ward
AMHERST, N.S. -

The obituary of a Nova Scotia family who died in a fire in a travel trailer a week ago is providing further details about the mother, father and four young children.

The Office of the Fire Marshal issued a release on Friday indicating the fire on Sept. 12 in remote Millvale, N.S., was small but smouldered and created smoke and fumes that led to the death of all six in the Passport Ultra Lite trailer.

Robert (Tony) Sears, R.J.'s father, said in an interview Saturday a private service will be arranged based on public health rules for COVID-19, with options still being considered for the best time and place to allow family and friends to attend.

He said the family has been grateful for the outpouring of support, which has included donations to help cover funeral costs and other expenses and has come from their home community of Amherst and across Canada.

Robert Jorge Sears, who goes by R.J., is described in the obituary as the loving companion of Michelle; father of Madison, Ryder and C.J., and stepfather to Jaxson.

"He was a hard worker who loved hunting, especially at his grandfather's camp, fishing and enjoyed sports. Above all, he was a dedicated father who always made the children his top priority," it said.

The obituary says Robertson was a graduate of the nursing program at the Nova Scotia Community College and had recently started working at Gables Lodge.

"She knew what it meant to be a friend and was loved by all. However, the role she excelled at was being a mother and she adored her children," it adds.

The obituary notes the nicknames of each child, describing the oldest girl as "Chatty Maddy," a Grade 6 student who enjoyed animals, drawing, sports and beanies.

It describes "Spider Ryder" as a Grade 3 student at Cumberland North Academy, who was "a little shy," but was constantly active and doing cartwheels.

The second youngest, "Action Jaxson," is described as being excited to be entering pre-primary school and "wise for someone his age," who could often be found dancing to his favourite tunes and playing with his motorbikes.

The obituary says three-year-old C.J. may have been the smallest, but he already was attempting to be a "big boy". "He looked up to, tried his best to keep up with, and would often be his big brothers' shadow," it says.

The family will be buried together in the Amherst Cemetery.