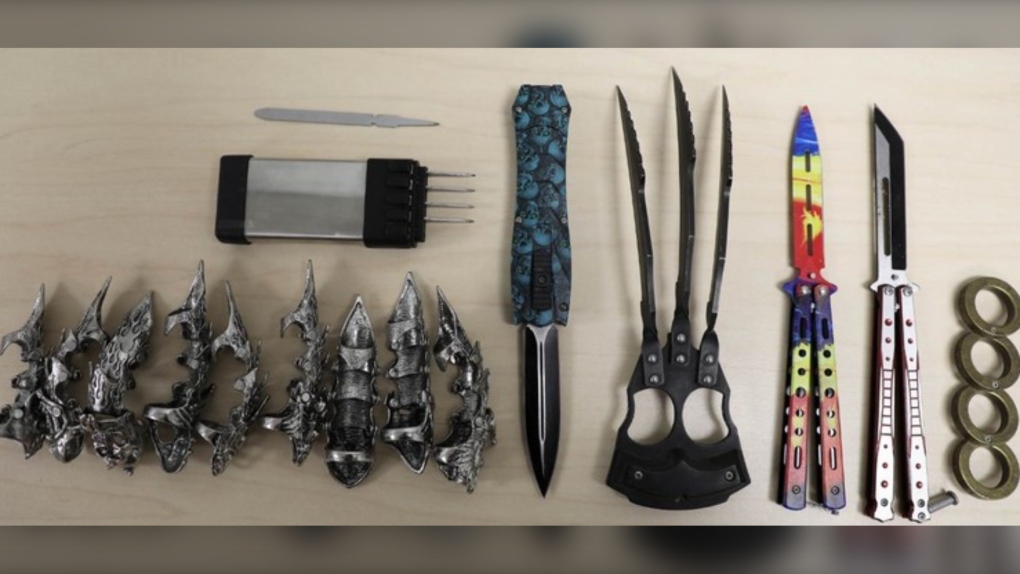 Police and CBSA officers seized these prohibited weapons from a home in Amherst, N.S., on Aug. 10, 2022. (Canada Border Services Agency)

A man is facing charges after police and border officers seized 15 prohibited weapons from a home in Amherst, N.S., last month.

The investigation started in mid-July, when officers with the Canada Border Services Agency seized a package containing a prohibited weapon at a mail processing centre in Toronto. The package had been headed for an address in Amherst.

The CBSA and Cumberland County District RCMP teamed up on the investigation and executed a search warrant at a home on Parkwood Drive on Aug. 10. The RCMP’s Emergency Response Team and Amherst Police Department also assisted in the search.

“These illegal weapons have no place in our communities,” said Cumberland RCMP Staff Sgt. Craig Learning in a news release.

“Anytime we can remove them from the street we are making our communities safer by preventing them from getting into the wrong hands.”

A 32-year-old Amherst man was arrested and taken to the local RCMP detachment. He is due to appear in Amherst provincial court at a later date to face a number of charges related to weapons and smuggling.