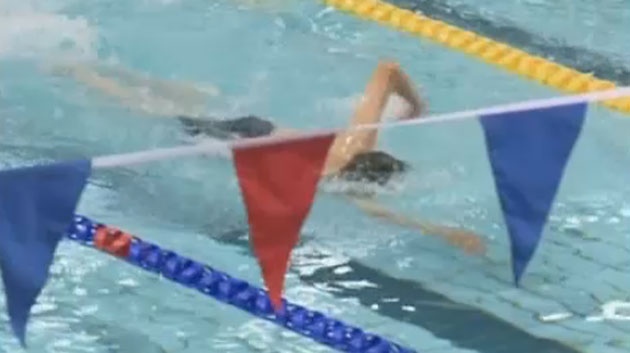 An inquest is examining the swimming pool death of a 17-year-old in New Brunswick.

Races are underway at the Maine State Swim Championship, only it’s not happening in Maine. Instead, the swimmers are gliding through the water at the Canada Games Aquatic Centre in uptown Saint John.

“Maine doesn’t have a 50-metre pool, so we come to the next closest thing,” says meet director Jim Willis.

This is the tenth year the city has played host to the event and Willis says he doesn’t see that changing any time soon.

“If we don’t build a 50-metre pool, then we’ll be here,” says Willis. “We haven’t yet, no one’s started one yet and a 50-metre complex like this is going to take a couple of years to build.”

Those swimming in the meet say having their own Olympic sized pool would be beneficial, but they’ve gotten used to hosting the event in Canada.

“It would be nice because we could train more, we could do more meets, because this is the only 50-metre pool I usually swim in all year,” says swimmer Jessica Russell. “But then it would end coming up to Canada, which would be sad. So I think it’s 50/50, I think.”

Saint John has been hosting the event for a decade now and it causes a splash in the uptown area each year. Many of the coaches, swimmers and their families consider this weekend a vacation.

“It’s uptown, so it uses the pedway system, they use a lot of the uptown hotels, it’s great economic spinoff,” says Karen Irwin, general manager of the Canada Games Aquatic Centre.

“They’re here for a specific event and certainly staying at the hotel, which we’re so thankful for,” says hotel general manager Paulette Hicks. “Being in the uptown and having the pedway being connected to so many restaurants and shops, you really see them in vacation mode and enjoying the uptown.”

Staff at the aquatic centre say they’re hoping the competition will continue coming for many years to come.