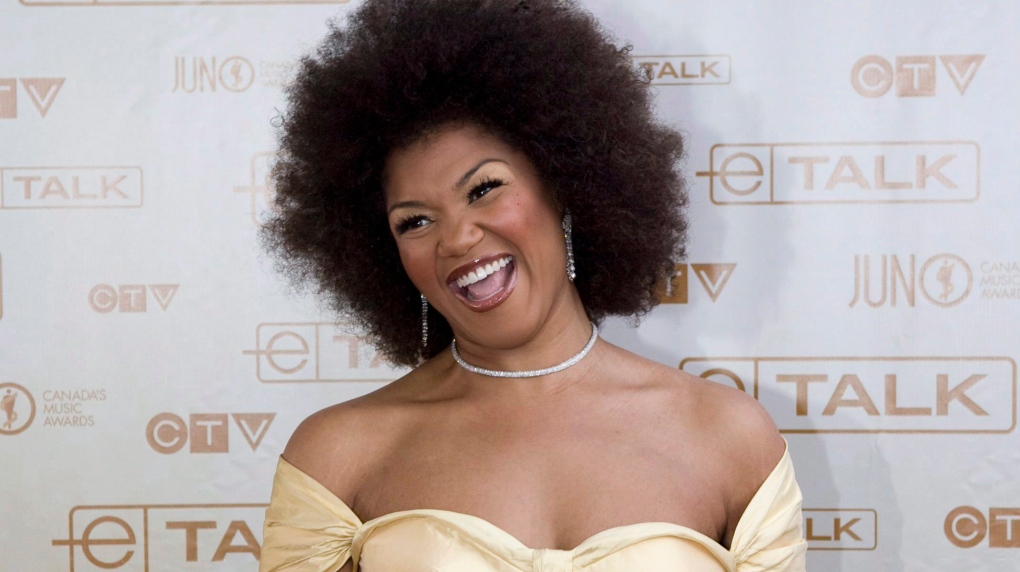 Measha Brueggergosman arrives on the red carpet during the Juno Awards in Calgary Sunday, April 6, 2008. (THE CANADIAN PRESS/Larry Macdougal)

The Fredericton-born, Nova Scotia-based singer said on Facebook that she received the double bypass surgery at Foothills Medical Centre in Calgary.

The surgery comes 10 years after undergoing a similar procedure.

Brueggergosman, who turns 42 this month, underwent successful open-heart surgery in June 2009 to repair a dissection in her aorta.

The singer wrote that she is recovering well from the latest procedure and the love and support from fans has been palpable.

"I want to extend that same love to a wonderful warrior of faith (and my surgeon) Dr. Teresa Kieser. By using the longer-lasting method of artery over vein for my double bypass, she has rendered my heart better than I could have ever hoped or prayed for," she wrote.

The operation took five hours to perform on Thursday.

Brueggergosman said she is on the mend and able to walk around the nurses station at the hospital.

"My appetite for LIFE is stronger than ever and I'm sure my appetite for food won't be far behind. In the meantime, I'm catching up on 'Killing Eve' and taking it suuuuuper easy," she wrote.

"I can't wait to put this fully-functioning .SuperHeart to good use."

Brueggergosman has also shared her grief over the recent death of her father, Sterling Gosman, a well-known pastor in Nova Scotia.