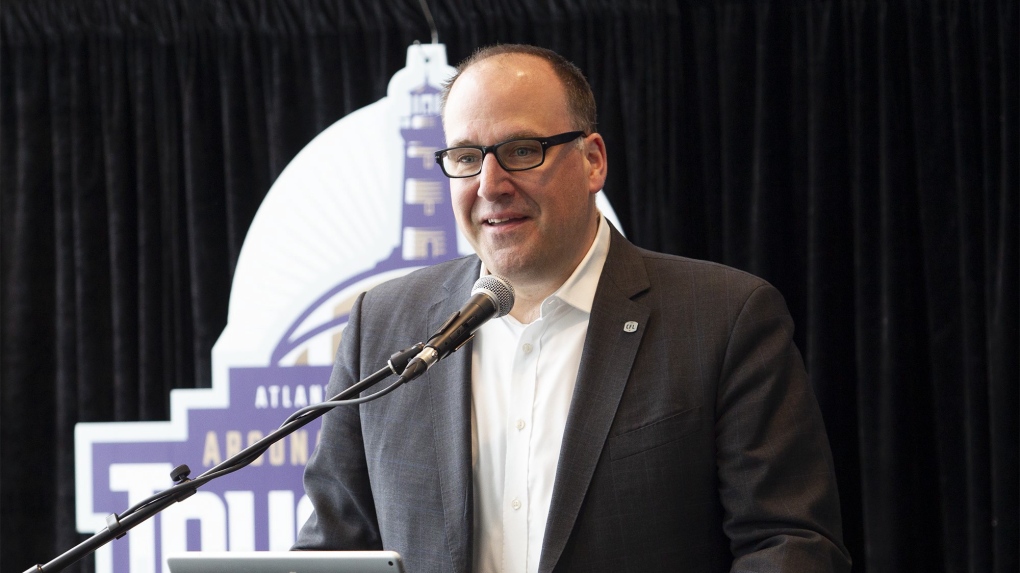 HALIFAX -- The federal Crown corporation that owns the land where a stadium could be built for a proposed Halifax CFL franchise has confirmed that more public consultations will be held.

Last month, the partners behind Schooners Sports and Entertainment announced they had signed a letter of intent with Canada Lands Company.

The letter outlined a potential deal that would see a multi-use sports and entertainment hub built on the Dartmouth side of Halifax harbour, which would include a stadium for the proposed Atlantic Schooners football team.

However, the announcement was criticized by some of those who took part in previous public consultations about development of Shannon Park, a neighbourhood that was once dominated by military housing.

Canada Lands had submitted a detailed development plan to the Halifax Regional Municipality in 2016 after completing consultations in 2015 and 2016.

The Crown corporation issued a statement Thursday saying there must be more consultations before any land is sold to Schooners Sports and Entertainment -- and that includes co-ordinating efforts with the Millbrook First Nation and its development plans for adjacent lands.

As well, Canada Lands says both the regional and provincial governments must indicate their support for the stadium.

Anthony LeBlanc, one of the Schooners' partners, said new consultations were always part of their deal with Canada Lands.

"They were very clear that throughout this process of the redevelopment of Shannon Park that they've already gone out to the public a number of times over the last several years and a stadium was never part of the those discussions because it just simply wasn't on the table," he said Thursday.

"What they've insisted is we re-engage the public in similar manner with public consultations but they've asked us -- Schooners Sports and Entertainment -- to lead that. This is nothing new."

Nova Scotia Premier Stephen McNeil largely kicked all questions about a potential stadium over to the Halifax Regional Municipality on Thursday, saying he expects the province will get a request for support "but I have not had an ask."