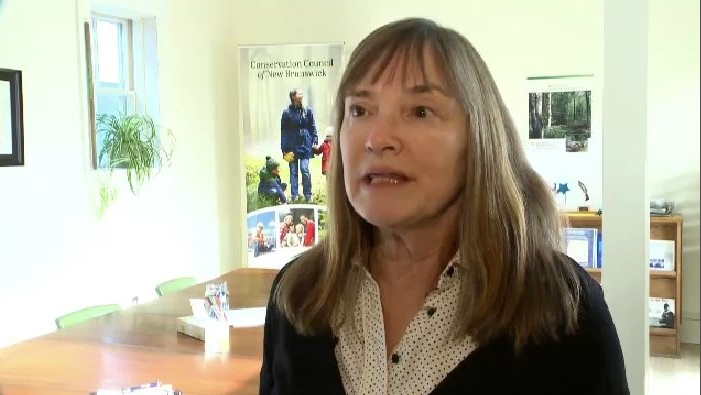 "We've seen this kind of retrenchment and weakening of approaches for 30 years and we're in a situation where climate change is getting out of control," said Louise Comeau of the Conservation Council.

It's a move that's generating criticism from a Maritime conservation group, which argues the regulations are too lax and lets big polluters in the province off the hook.

"Disappointed and discouraged" was the response of the Conservation Council of New Brunswick when they heard the federal government has accepted the province's carbon pricing plan for heavy industrial emitters.

Heavy industrial emitters are defined as those who release over 50,000 tonnes of greenhouse gases each year.

"We've seen this kind of retrenchment and weakening of approaches for 30 years and we're in a situation where climate change is getting out of control," said Louise Comeau of the Conservation Council.

Although New Brunswick's proposal has gotten the green light, the Trudeau government has done so reluctantly.

The provincial plan would see emissions reduced by 10 percent by 2030 and the province says the system will cover roughly 50 percent of greenhouse gas emissions.

However, large emitters will only be taxed on a small portion of their emissions – and some say it’s not enough to change industry behaviour.

Meanwhile, the Atlantica Centre for Energy is applauding the approval, saying the uncertainty was become challenging for heavy industry.

"We're in the middle of a global pandemic and economic crisis, and now is not the time for regulatory uncertainty for our anchor industries," said Neil Jacobson.

Comeau and the Council say their work is not done.

"Here we are and the letter the minister of climate change has clearly said is you might have won today, but we're coming back," Comeau said. "We need to have a higher standard by 2022."