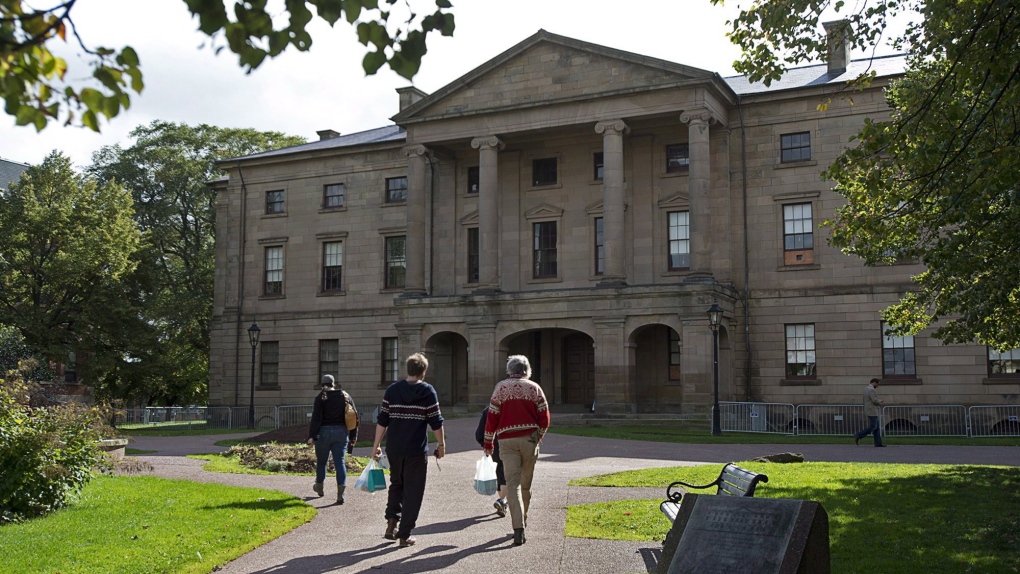 Finance Minister Darlene Compton rose in the legislature Wednesday afternoon and said the COVID-19 pandemic "has impacted us in all respects -- emotionally, socially and economically." (THE CANADIAN PRESS/Andrew Vaughan)

CHARLOTTETOWN -- The COVID-19 pandemic has blown a hole through the public finances of Prince Edward Island, with the province announcing Wednesday a budget deficit for fiscal 2020-21 of $173 million.

Gross domestic product is expected to shrink by about 1.1 per cent, down to $7.1 billion from $7.2 billion.

Net debt is projected to increase by $286 million -- representing a jump of more than 230 per cent compared with the previous fiscal year, which ended in March.

Finance Minister Darlene Compton rose in the legislature Wednesday afternoon and said the COVID-19 pandemic "has impacted us in all respects -- emotionally, socially and economically."

She added, "No foresight could ever fully prepare us for the COVID-19 pandemic and its aftermath."

P.E.I.'s government has already spent $200 million on direct and indirect support to individuals, families and businesses, Compton said, including more than $100 million in loans and working capital to keep companies afloat during the crisis.

And despite the ballooning deficit, the province is also planning to cut the small business tax rate by 3 per cent to 2 per cent, effective Jan. 1, 2021. Compton said the new rate will be the "lowest in the Atlantic provinces."

Compton is projecting revenues in fiscal 2020-21 of nearly $2.3 billion and plans to increase overall spending by more than 14 per cent to stimulate the economy and support people.

The budget calls for almost $2.5 billion in total spending, including millions in additional funding for health care, education and housing.

"We know that this is not where anyone wants to be in terms of a budget bottom line or in the current economic reality for our Island," Compton said. "But we also know this is where we all want to be to respond to the current circumstances."

The island finished the last fiscal year with a deficit of $3.7 million, when it had projected the year would finish with a balanced budget.

Despite the pessimistic projections, Compton's budget suggests the island's finances will begin improving in fiscal 2021-22. GDP is expected to increase that year by more than 8 per cent, with a budget deficit down to $70 million.

This report by The Canadian Press was first published June 17, 2020.

-- By Giuseppe Valiante in Montreal