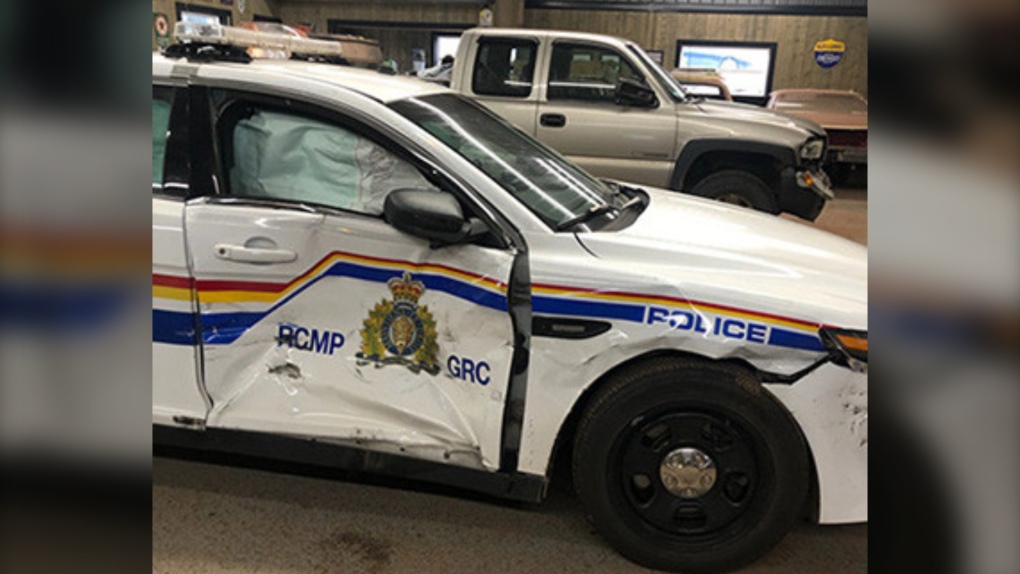 A man is facing a number of charges, including assault and impaired driving, after police say he purposely rammed into this RCMP cruiser in Cornwall, P.E.I. (RCMP)

HALIFAX -- A man is facing a number of charges, including assault and impaired driving, after police say he purposely rammed into an RCMP cruiser in Cornwall, P.E.I.

Queens District RCMP responded to a report of a suspicious vehicle in the Cornwall area before 6 p.m. Wednesday. They found the vehicle on Lacardy Drive.

When the officers tried to pull the vehicle over, police say the driver rammed the RCMP cruiser several times, pushing it into a ditch.

The suspect then fled the scene at a high rate of speed.

About 10 minutes later, police located and arrested the driver on a street nearby.

The suspect and the police officer who was driving the cruiser were examined at the scene. Neither was seriously injured.

The RCMP vehicle was badly damaged and towed from the scene.

Clifford Ray Wilson is facing charges of assaulting a police officer, assault with a weapon, resisting arrest, leaving the scene of an accident, dangerous driving, impaired driving, refusing to provide a breath sample, breach of probation and driving while suspended.