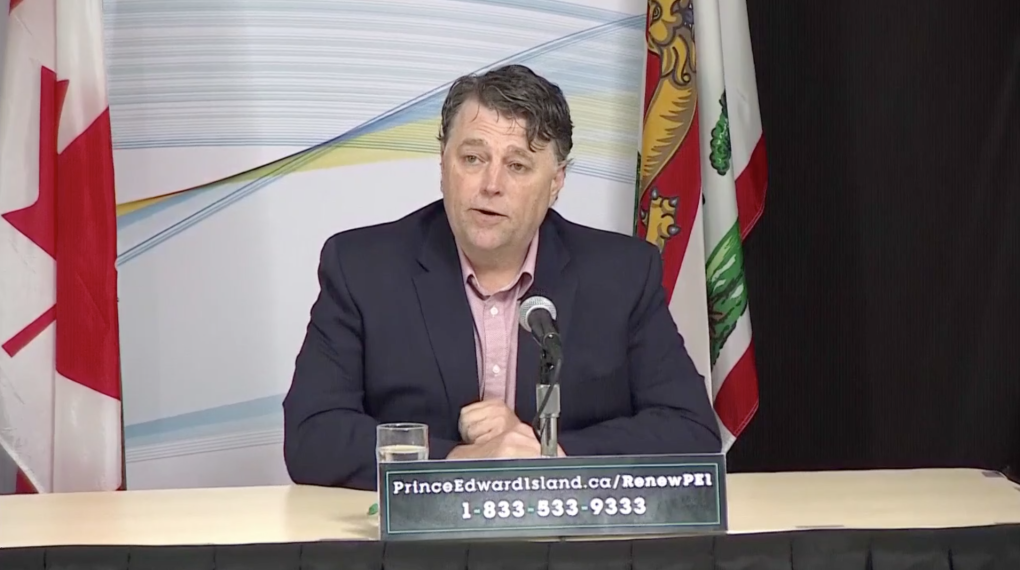 HALIFAX -- Prince Edward Island is set to move to the next phase of its COVID-19 recovery plan today.

“We know that COVID isn’t going to magically disappear. While we are opening things up slowly, we are continually watching the realities, and we can and will if we have to, pull back and reinstate the restrictions in the interest of public health,” said P.E.I. Premier Dennis King during Friday's news conference.

“An operational template for all businesses needs to be completed before they open. Businesses may not all start today, but will open when they feel ready," said Dr. Heather Morrison, P.E.I.'s Chief Public Health Officer during Friday's update.

P.E.I. announced their reopening plan, titled "Renew P.E.I. together" on April 28, with phase one beginning on May 1.

24 days with no new cases

Prince Edward Island reported no new cases of COVID-19 on Friday. All 27 of the province's confirmed cases have recovered from the virus.

This marks P.E.I.'s 24th consecutive day with no new cases, with the last positive case reported on April 28.

The island has tested nearly 5,200 people in total.

All confirmed cases of COVID-19 in P.E.I. were connected to travel.

During Friday's news conference, premier King defended the announcement he made Wednesday that seasonal residents will be able to apply to travel to P.E.I. beginning June 1.

“Every decision that we have made so far has been a health based decision made on the best information that we have," said King. "We are changing the way our seasonal residents come to P.E.I., limiting a third of them that won’t be able to come here, and asking the rest to go through this process. I don’t have any regret with the decision; I have great regret with the visceral and horrible nature towards Dr. Morrison and our public servants.”

Canadian seasonal residents will need to complete an application process before arriving to the island. That process will begin on June 1, and includes submitting relevant travel and property ownership documentation and self-isolation plans prior to travelling to the province.

King says the reaction of many islanders to this announcement has upset him, especially criticism directed at Heather Morrison.

"If you don’t like what we’re doing as a government lay it on me, I can take it, but our public servants deserve a little better than that," said King on Friday. “We don’t all need to agree, but some of the things that have been coming in are...on a good day, I would get called things that would make a seasoned sailor blush. But where I get upset is when people target high-caliber individuals like Dr. Morrison, who is the most capable, talented and courageous person, I’ve ever been around."

Seasonal residents will be required to present confirmation of approval at the Confederation Bridge, or airport upon arriving to P.E.I., and will not be allowed to enter the province without confirmation.

Every seasonal resident will need to self-isolate for 14 days upon arriving to the island and will be contacted by P.E.I.'s 'operation isolation team' throughout their 14-day self-isolation.

Also included in the application process is an online submission form including names of the travellers, permanent address and seasonal address in P.E.I., detailed self-isolation plan, agreement to terms and conditions outlined within the public health order, and agreement to participate in operation isolation, which means continued screening and phone calls during their 14 days in self-isolation.

King also described an incident that led to the police being called to his home on Friday morning.

"Someone came to my house and they were upset with some decisions we had made," described King. "I wasn't home, my wife Jana was home and she was very upset. There was a comment that was made that led her to believe that maybe it was a threat."

King says he was at a meeting when his wife called, and one of his senior staff called the RCMP.

King later found out that he knew the man as one of his neighbours, and later spoke to the man personally.

"It turned out fine but it was a scary couple of minutes before I was able to piece it all together," said King. "My immediate thoughts went to my 13-year-old opening the door and what that could mean. It gives you perspective and I hope it gives islanders a perspective that we can have differences of opinions but there are lots of ways to do this."

Last week, P.E.I. officials announced they were planning to move the start of phase three, which allows additional businesses to reopen, including restaurants, child-care centres, and campgrounds, to June 1, providing there is not broad community transmission detected in the coming weeks.

“The fact that we have come to this point and not seen the evidence of community transmission despite fairly broad testing, makes us more comfortable to consider moving that phase closer to June 1,” said Morrison. “It is about having us go a little bit faster to allow to movement, and return back to some of our activities carefully while maintaining restrictions at the bridge.”

“Businesses, services and organizations will have to have an operation plan in place. They will need to ensure physical distancing and screening, cleaning and hand-washing processes are in place,” said Morrison.