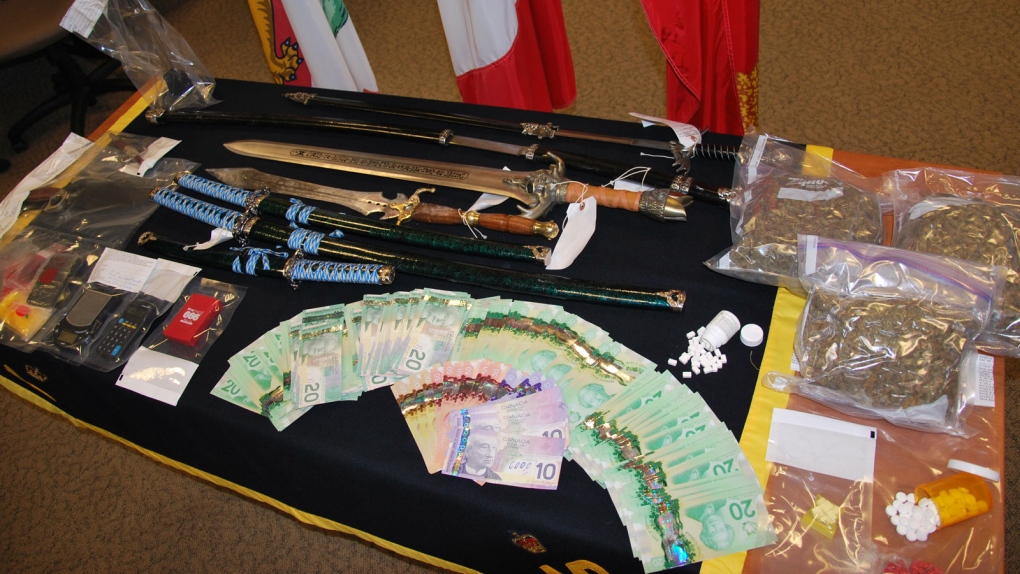 RCMP on Prince Edward Island seized drugs, cash and weapons during a bust at a Stratford home on the weekend. (P.E.I. RCMP)

RCMP on Prince Edward Island say they have made a drug bust that will have a significant impact on illegal drug trafficking in Stratford.

Officers executed a search warrant at a home on Holland Drive on Saturday.

Police say they were confronted by a man armed with a sword but they managed to arrest him without incident. They also seized $12,000 in cash from the home.

Robert John Long has been charged with several counts of trafficking hydromorphone, Percocet, methamphetamine and marijuana.

Long has been remanded into custody and is set to appear in court Tuesday.