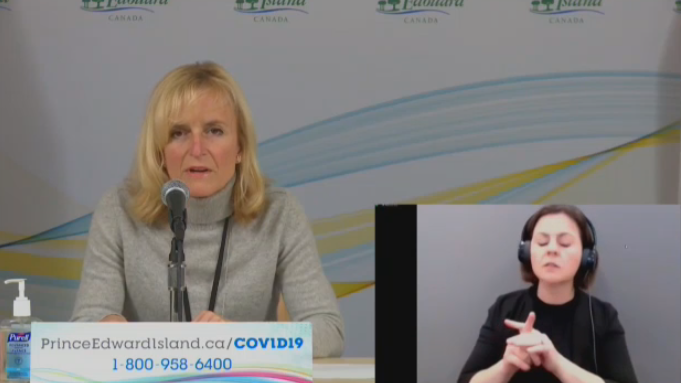 On Saturday, P.E.I.’s chief medical officer of health, Dr. Heather Morrison announced the cluster of cases. Morrison revealed the cases are linked and are close contacts of one another. Morrison also noted the cases have no recent history of out-of-province travel.

“The fact that these are new cases that are unrelated to travel is concerning. It is too early to suggest there is widespread community transmission; however, I am becoming increasingly concerned,” said Morrison. “Further decisions regarding additional public health measures in our province will be made in the next two or three days.”

The positive test results were received on Saturday.

All three cases involve women in their 20s who are employees of Wendy’s and A&W locations in Charlottetown. All three cases are now self-isolating. They are mildly symptomatic but doing well.

The new cases bring the island’s case total to 76 since the pandemic began.

“In the last week, we've seen some concerning situations, including the one case linked to one school in the province. Now today, we have a new cluster of cases still under investigation,” said P.E.I. Premier Dennis King. “That must serve as a demonstration that we are certainly not immune and it remains crucial to continue to practice extreme safety in the next 24 to 48 hours.”

Anyone present at the following establishments on the following dates should monitor closely for symptoms of COVID-19. If symptoms develop, they should arrange to be tested and self-isolate until the results are received:

Anyone who used the following T3 Transit bus routes on the following dates and times should monitor closely for symptoms of COVID-19. If symptoms develop, they should arrange to be tested and self isolate until the results are received:

Morrison said public health anticipates the possibility of additional public exposure notifications on Saturday. Additionally, public notifications will be posted on the province’s website and on government social media platforms as the province gathers more information from the three cases through contact tracing.

“We know the COVID-19 moves when we move and is easily transmitted in crowded and confined spaces where people have sustained contact,” said Morrison. “As I stated before, I urge all islanders to behave as there could be COVID right next to them. I am again urging islanders to keep their social circle small and practice the public health measures we have in place to keep us all safe.”

Morrison noted public health is prioritizing identifying and testing all close contacts of the new cases. Park Street testing clinic will be open until 8:00 p.m. on Saturday to ensure everyone who needs to be tested has access to the service.

"Thank you to Health PEI, including the testing clinic and laboratory staff, for their ongoing dedication and willingness to go above and beyond to respond to COVID-19,” said Morrison.

During an update on Saturday, Morrison noted public health had been in contact with the owner of the A&W location, which will close. She added she had attempted to contact the owner of the Wendy’s location and said she expects that restaurant to close as well.

Quebec shatters record with over 2,000 new COVID-19 cases reported in past 24 hours

Ontario breaks another record for number of new COVID-19 cases