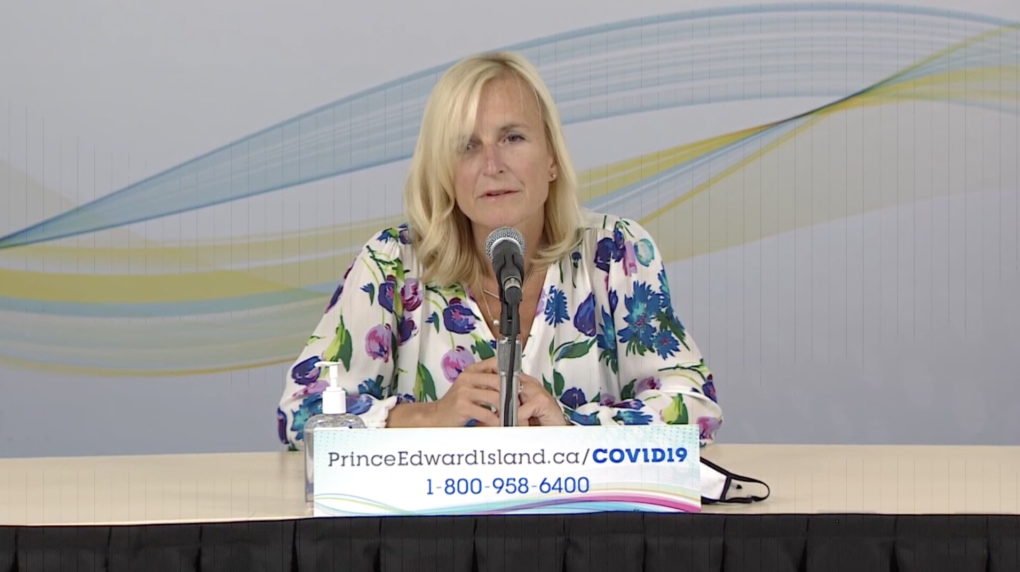 "I am concerned about this outbreak and the impact on children and families," said Dr. Heather Morrison, P.E.I. chief medical officer of health during a news update on Sept. 16, 2021.
HALIFAX -

Health officials in Prince Edward Island announced two additional cases of COVID-19 on Thursday night, both linked to the outbreak at a Charlottetown elementary school.

“Public health staff will be working to identify all of the close contacts. As always, it is important that we all follow the basic public health measures, including hand hygiene, physical distancing and staying home when not feeling well and get tested if they have any symptoms of COVID-19, even mild ones.”

The province says students, teachers, and staff who are identified as close contacts will be contacted directly by public health for isolation and testing instructions. Close contacts of this case will be asked to get tested on Monday, Sept. 20 at the Charlottetown Testing Clinic (64 Park Street) between 8:00 am and 4:00 pm or at the Montague Testing Clinic (14 Rosedale Road) between 9:30 am – 2:00 pm.

All students and staff at École La-Belle-Cloche who are not identified as close contacts should monitor themselves for symptoms, and if they experience any symptoms get tested and self-isolate until they receive a negative result.

Prince Edward Island currently has 37 active cases of COVID-19, the highest number of active cases in the province since the pandemic began, and has had a total of 270 positive cases.

The federal government has announced a suite of changes to the popular income and business support programs put in place during the pandemic and set to expire on Saturday.

A Canadian citizen from Ontario is confirmed to be among 17 members of a missionary group who were kidnapped in Haiti.

Travelling abroad: Experts say you need insurance before you go

The federal government announced Thursday that Canada will receive 2.9 million doses of Pfizer’s pediatric COVID-19 vaccine shortly after its approval by Health Canada for the five to 11 age group.

U.S. officials allege Canadian race car driver and Instagram influencer Josh Cartu and his brothers ran a 'massive fraudulent' trading operation between 2013 and 2017 that appears to have helped fund Cartu’s lavish lifestyle through multi-million-dollar transfers to off-shore bank accounts in the Caribbean.

The Supreme Court of Canada says a woman will get another chance to sue for damages over an injury she suffered while climbing through snow piled by a B.C. city's plow.

Meghan, Duchess of Sussex, is urging Congressional Democratic leadership to pass federal paid family and medical leave and 'ensure this consequential moment is not lost' as Democrats continue to negotiate a deal to pass the Biden administration's social safety net and infrastructure package.