P.E.I. to see how COVID-19 app fares in Ontario before final decision on use 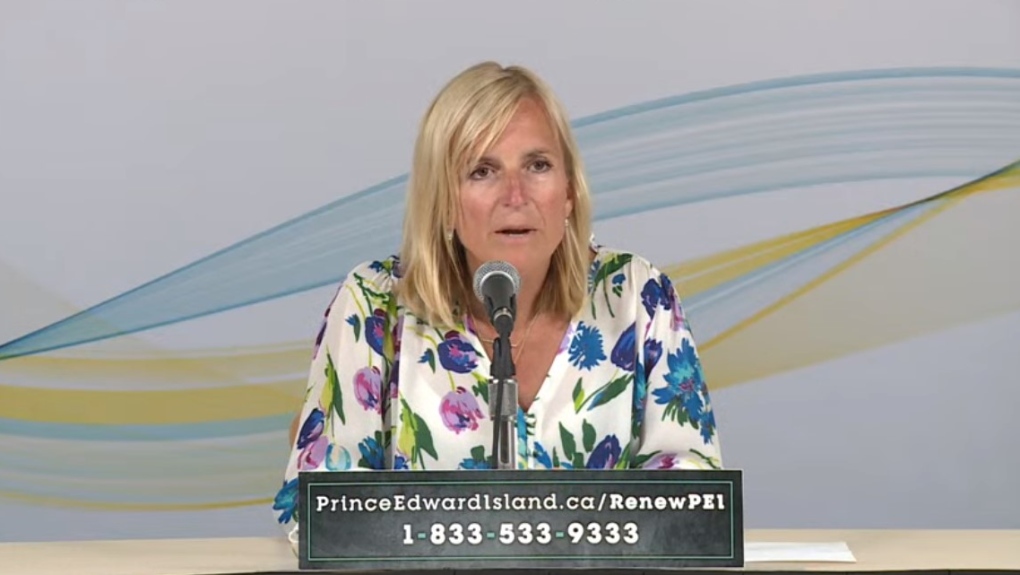 Dr. Heather Morrison says the app's use by the Ontario health system provides an opportunity for other provinces to evaluate it before adopting it.

Dr. Heather Morrison says the app's use by the Ontario health system provides an opportunity for other provinces to evaluate it before adopting it.

Morrison says P.E.I. will be part of a federal advisory group that will ensure the app safeguards the confidentiality and privacy of its users.

She says the app will provide another layer of protection against the virus, but won't replace health measures such as physical distancing, hand washing and the need to wear masks in indoor public spaces.

Users of the free app, which is available for Android and iPhones, can be notified if their phones have recently been near the phone of a person who later volunteers that they have tested positive for COVID-19.

There are no active cases of COVID-19 on the Island and Morrison says all 36 confirmed cases since the start of the pandemic are considered recovered.

During her weekly briefing on Tuesday, Morrison said she was grateful for how Islanders have handled themselves in dealing with the pandemic.

"Our ability to contain COVID-19 to date is the result of co-operation and sacrifices of Islanders in adhering to the public health measures," Morrison said.

However, she tempered her praise with concerns about what might happen in the coming months given the persistence of COVID-19 in areas of the world that thought it had the situation under control.

"We know we have not seen the end of COVID-19 and there will be more cases in P.E.I.," said Morrison. "Like the rest of the country we are anticipating and preparing for a second wave of COVID-19 this fall."

Morrison said health officials have learned more about the epidemiology of the virus and from their response in the early days of the pandemic. She noted that in the case of P.E.I., the province did not have the capacity to do testing at the outset.

"We are going to be a lot more ready for the fall then we would have been in March," she said.

This report by The Canadian Press was first published Aug. 4, 2020.

Has your child experienced long-term COVID-19 symptoms? We want to hear from you

Jails can spread coronavirus to nearby communities, study finds

COVID Alert app a help even if it works only on newer phones: Tam

'Too many are selfish': U.S. nears 5 million virus cases