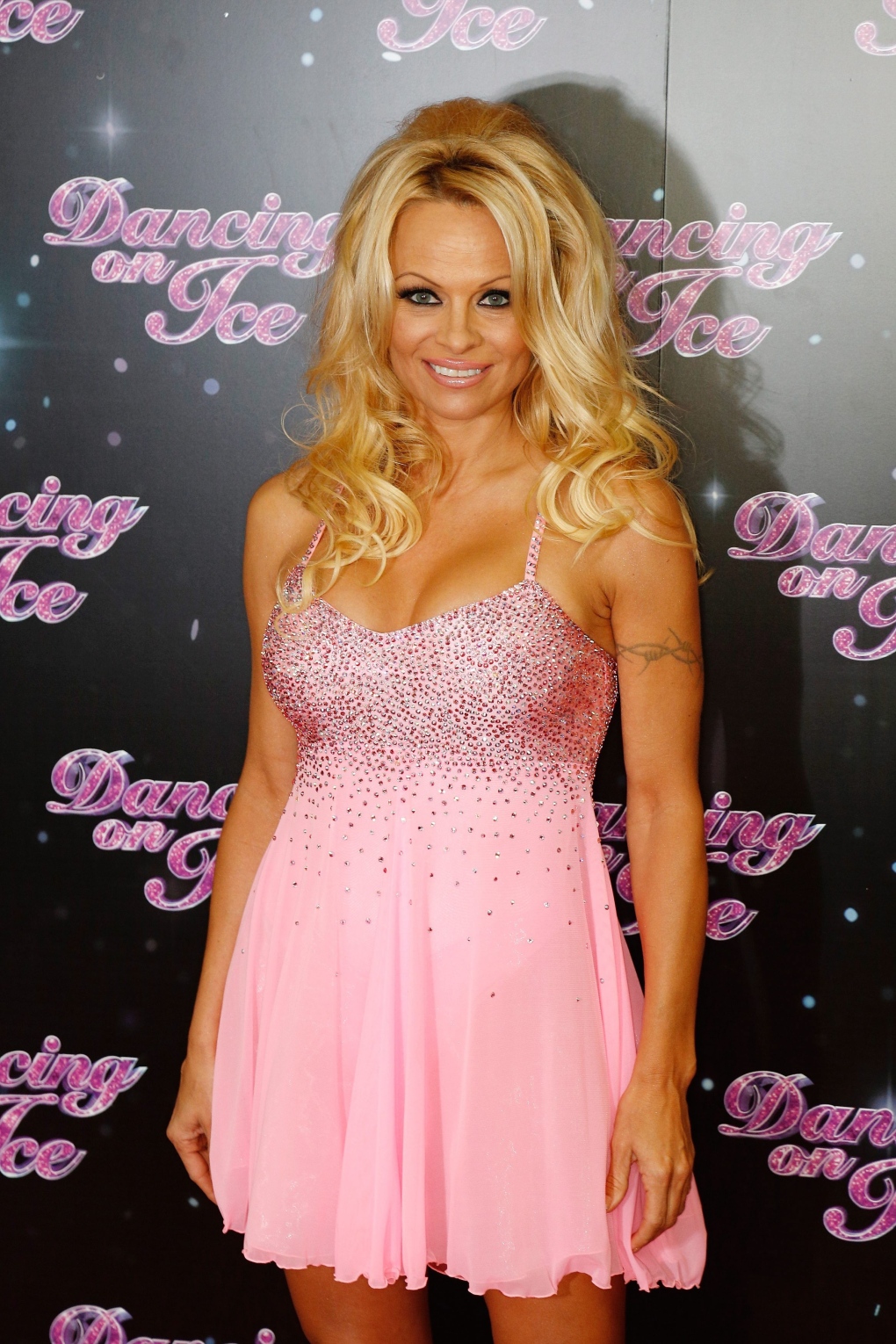 In this Jan. 3, 2013 file photo, actress Pamela Anderson is seen at the Dancing on Ice Photocall at The London Television Centre in London. (Photo by Miles Willis/Invision/AP)

ST. JOHN'S, N.L. -- It was a cold reception on the Rock for actress Pamela Anderson, who arrived bare-legged in high heels Tuesday for a freezing outdoor news conference aimed at ending the commercial seal hunt.

Anderson accompanied dying Hollywood philanthropist Sam Simon, co-creator of "The Simpsons," as he offered a $1 million incentive to help buy out sealing licences.

"It's barbaric," Anderson said of the seal industry. "It's only a seasonal hunt. He has offered such an amazing, generous offer to the community."

The event outside the office of the Canadian Sealers Association in St. John's, N.L., quickly turned chaotic.

Members of the Fish, Food and Allied Workers union, representing sealers, shouted questions at Anderson and Simon before comic Mark Critch of "This Hour has 22 Minutes" ambushed the event.

Simon, who walked with a cane, was diagnosed with terminal cancer through much of his body last year. He spoke over camera shutters and bursts of yelling, presenting a giant $1 million cheque to the sealers association.

Simon said he hopes the group will urge governments to legislate an end to commercial seal licences while protecting aboriginal and personal hunts. He described his contribution as a bonus to be paid to about 6,000 association members, almost $167 each, if licences are revoked by the end of 2015.

Reading from a letter he wrote to Eldred Woodford, president of the Canadian Sealers Association, Simon said he's making the offer after the World Trade Organization upheld Europe's ban on imported seal products.

A dispute settlement panel said last month that aspects of the embargo undermine fair trade but can be justified on "public moral concerns" for animal welfare.

"With bans firmly in place across Europe, Russia, the U.S., and other countries, the writing is on the wall," Simon said.

"The seal trade is finished. Leaders as diverse as President Obama and Vladimir Putin embrace this change, yet Canadian politicians remain too timid to initiate a buyout for fear of upsetting swing voters in Eastern Canada -- and because they don't seem to care about individual sealers."

The association's office was closed Tuesday.

Reached at his home in Twillingate, N.L., about a six-hour drive north of St. John's, Woodford said a proud way of life for generations is not for sale.

"The Canadian Sealers Association and sealers in general within Canada are by no means going to be bought out by self-serving animal rights groups."

Earle McCurdy, president of the Fish, Food and Allied Workers union, called Simon's offer an insult based on misinformation. Several fishermen listening to the news conference erupted when Dan Mathews, senior vice-president of People for the Ethical Treatment of Animals, suggested it's time to end the killing of "baby seals."

Anderson, who was born in B.C. and rose to fame on the TV series "Baywatch," is among other celebrities such as Paul McCartney and Martin Sheen who have spoken out against the seal industry.

But federal Fisheries Minister Gail Shea reaffirmed her support for Canada's commercial hunt on Dec. 6 during a visit to a popular St. John's boutique that sells seal fur products.

She was there as Ottawa and the province announced they'll spend almost $500,000 on a joint pilot project to offer seal meat at stores in Canada and overseas in the new year. Shea said the hunt is both humane and sustainable.

Simon spoke about why, despite his failing health, he travelled so far to make his pitch.

"I resolved I wasn't going to spend the rest of my life laying in bed watching TV, even though it's my favourite thing to do," said the producer, consultant and writer. His credits range from "Anger Management" to "Cheers" and "Taxi."

"We've targeted some specific areas of interest like the seal hunt and hopefully we can start some resolution to this."

At 58 and with no children, Simon has made headlines for his bid to give away much of his royalties income from "The Simpsons" -- which he has estimated at "tens of millions" a year -- to various causes and charities.

Anderson slipped an envelope under the locked door of the sealers association office before she and Simon, along with his nurse, drove off in a black truck.

"They're here, passing judgment on us as if they have some kind of moral superiority. Well quite frankly, to me, the Hollywood set doesn't have moral superiority over very many people, and certainly not over us."