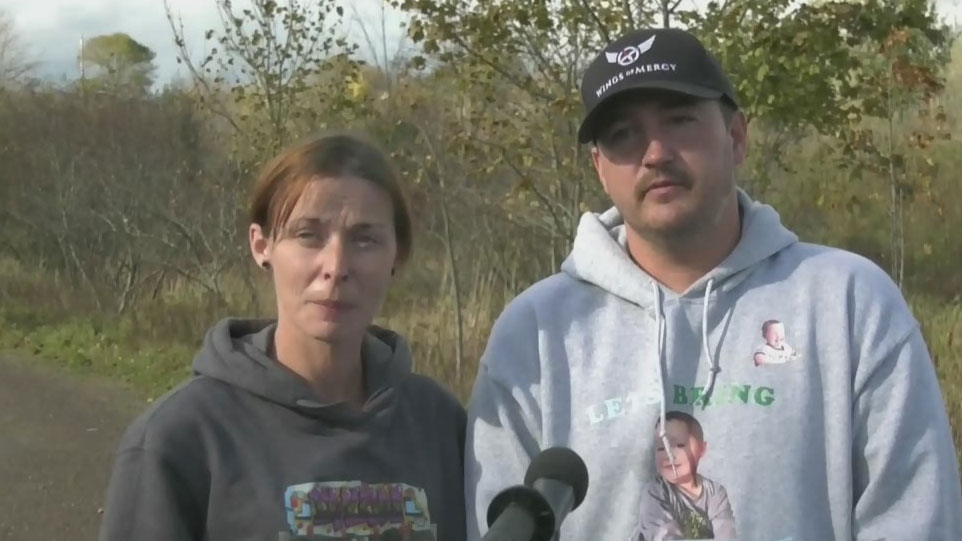 HALIFAX -- The parents of a three-year-old Nova Scotia boy who went missing last spring are taking the alleged administrators of a social media chat site to court, arguing that accusations and insults posted there are cyberbullying.

Allison Harris said in an interview Friday the comments posted in the discussions have included unfounded accusations her clients arranged for the boy to go missing and suggestions they took their own child's life.

The six-day search for Dylan was suspended in May after extensive searching of a Truro, N.S., brook and the surrounding area where he was last seen.

The only trace of the boy turned up when his rubber boots were found about 150 metres apart along Lepper Brook, which runs into the Salmon River.

"It's been horrific quite frankly (for the parents). They're dealing with looking for their son ... and this has taken away from that," Harris said.

"Every time they go online, they get these kinds of messages, and some of this has spilled over into the community, and that's impacting them as well."

Harris has applied to the Nova Scotia Supreme Court for an order under the provincial Intimate Images and Cyber-protection Act to shut down the chat groups, prevent the two people named from speaking about her clients online and prohibit them from creating further sites.

The parents are also applying to have the respondents cease all contact with them and provide "any information that may help identify the persons responsible" for a second Facebook group that has also allegedly spread unfounded information.

Harris says the law also allows for aggravated and punitive damages, and she said her client will be pursuing those as well.

The notice of application says the applicants are appearing in court in Truro on Tuesday morning to set a date for a hearing.

The allegations contained in the notice of application have not been tested in court. @The respondents can file a notice contesting the application within 25 days of being served notice.

Truro Police Chief Dave MacNeil said in an email that his force has "no evidence to suggest foul play in the disappearance of Dylan at this time."

He added that there have been "a lot of theories and rumours on social media since this tragedy occurred, but none of this is supported by the evidence to date."