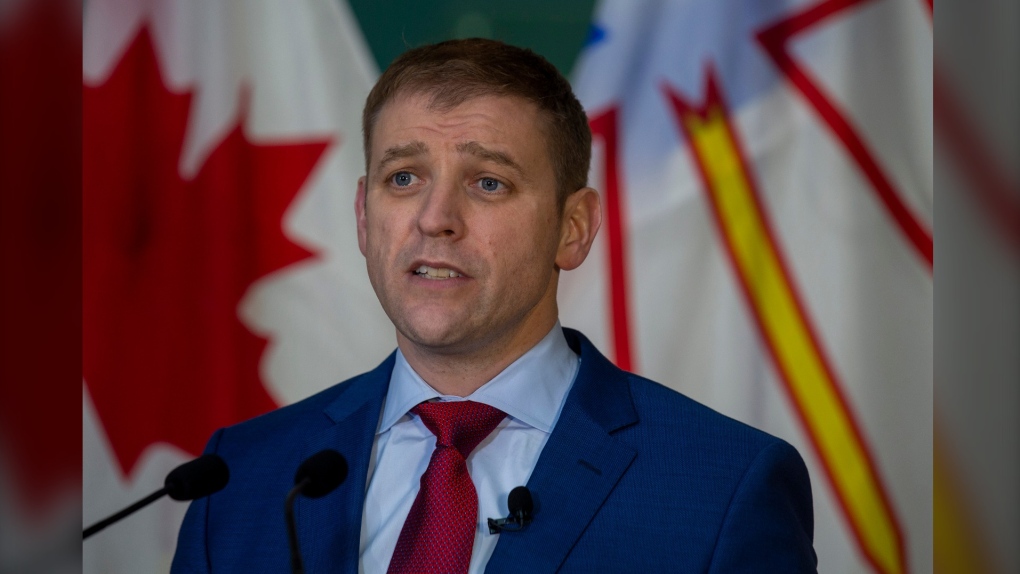 Newfoundland and Labrador Premier Andrew Furey at a press conference in the lobby of the Confederation Building in St. John’s on Friday, January 15, 2021 where he announced a February 13, 2021 provincial election. THE CANADIAN PRESS/Paul Daly

ST. JOHN'S, N.L. -- A historic number of women are running in the Newfoundland and Labrador election, and party leaders are speaking out about the sexism and abuse some of them are facing on the campaign trail.

Last week, Sarah Stoodley, Liberal incumbent for the Mount Scio district in St. John's, said she regularly receives disturbing emails from voters. She said she has lost about half a day so far during the campaign co-ordinating with police about the hateful correspondence.

NDP Leader Alison Coffin has said repeatedly that she's subject to sexist comments online and within the provincial legislature. "It is grossly inappropriate, and I will not stand by it," she told reporters last week.

Progressive Conservative candidate Kristina Ennis has said she received condescending questions about her age while campaigning -- questions she said she doesn't feel male candidates her age would face.

The deadline for candidate nominations closed Saturday. Of the 127 candidates who registered, 39 are women, two are non-binary and one identifies as a transgender woman. Equal Voice NL, a non-profit supporting women and gender-diverse candidates in provincial politics, says the number of women candidates this election is a record for Newfoundland and Labrador.

Party leaders kicked off the second week of the campaign Monday spread out across the province, greeting voters and announcing policy.

Furey promised his government would build an online portal to help connect entrepreneurs and innovators with investors. And John Hogan, the Liberal candidate running against Crosbie in the Windsor Lake district, called on the Tory leader to apologize for his party's past support of the troubled Muskrat Falls hydroelectric project.

The project, whose costs have ballooned from $7.4 billion to $13.1 billion, was championed by Danny Williams's Progressive Conservative government and by Kathy Dunderdale, Williams's successor, in 2012.

In western Newfoundland, Progressive Conservative candidates promised to find a replacement for an aging long-term care facility in the area, and they committed to ensuring any publicly funded construction project prioritizes workers from the province.

Meanwhile in St. John's, the NDP pledged to impose a $15-an-hour minimum wage across the province by the end of 2022.

The provincial election is Feb. 13.