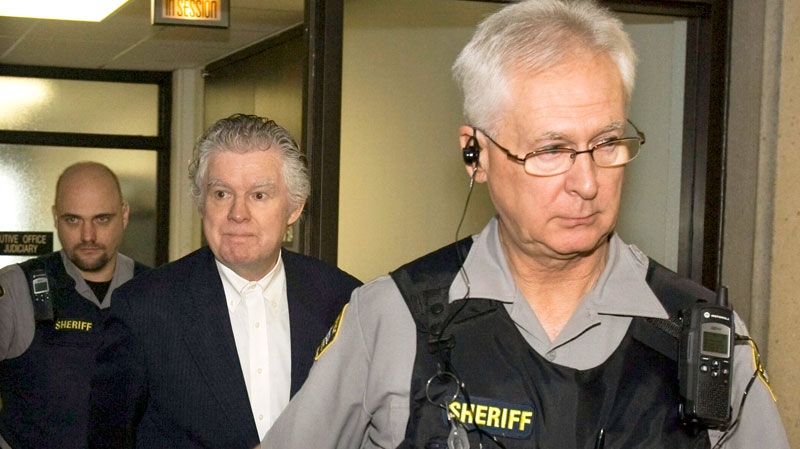 Ernest Fenwick MacIntosh is shown at the Nova Scotia Court of Appeal in Halifax on Oct. 7, 2010. (Andrew Vaughan / THE CANADIAN PRESS)

HALIFAX -- A spokeswoman for the federal agency that oversees Canada's passport system says some of its policies have been changed in response to a high-profile court case in Nova Scotia involving an accused sex offender whose case took 14 years to get to trial.

Ernest Fenwick MacIntosh, a former Cape Breton businessman, had 17 sexual abuse convictions thrown out when the Nova Scotia Court of Appeal ruled the case took too long to get to trial -- and the Supreme Court of Canada upheld that decision earlier this year.

A provincial review found the delay was partly caused by the heavy workload facing a Crown attorney in Nova Scotia and two unexplained passport renewals that allowed MacIntosh to stay in India for years before he was extradited to Canada in 2007.

Passport Canada spokeswoman Beatrice Fenelon says a review of the case has prompted the agency to revise its policies and procedures, but she did not offer details in an email to The Canadian Press.

However, Fenelon did say the changes are aimed at minimizing "any risk of a recurrence of a similar incident."

MacIntosh's passport was renewed in 1997 and in 2002, despite the fact he faced outstanding charges and a warrant had been issued for his arrest.