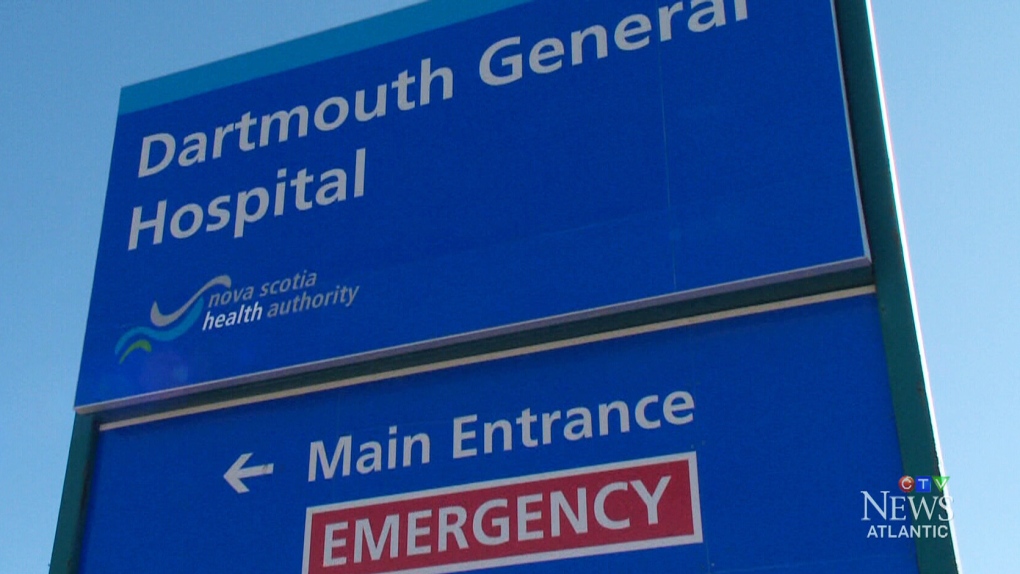 An emailed letter to staff of a Halifax-area hospital says that the pressure on the emergency room has risen to the point where there's no space to assess patients and one in 10 people aren't seen before they give up and leave.

Two managers at the Dartmouth General Hospital say in the statement obtained by The Canadian Press that influenza and respiratory syncytial virus are combining with other factors to block the flow of patients through the ER.

The email was sent Thursday to a long list of managers in advance of a virtual town hall meeting of hospital staff to be "hosted by site co-leads" on Monday.

It says "there is nowhere to assess patients" entering the hospital's emergency system, and adds -- underlined and in bold -- that "patients are dying in the waiting rooms" at Dartmouth General Hospital as well as other sites.

Nova Scotia Health spokesman Brendan Elliott said in an interview the agency wished to clarify nobody has died in the waiting room, but rather the managers meant patients' health was "growing significantly worse" as they waited for long periods to be seen.

"We cannot provide additional information for privacy reasons. The statement 'as well as other sites,' refers to media reports of incidents in other parts of Canada," added Elliott.

While it is well known that emergency rooms have been crowded and struggling to cope -- as reported by Nova Scotia Health's own online monitoring system -- it is rare for managers to make such blunt statements of the problems in the province's hospitals.

The letter thanks staff for their efforts coping with the exhausting pace of recent weeks and notes 10 per cent of emergency department patients are "leaving without being seen, including patients with chest pain and sepsis (the body's response to a strong infection)."

It also says the ambulance system is backed up, as paramedics must remain with patients in hallways, creating "several-hour wait times" to respond to 911 calls.

The email says that several steps are being taken to reduce the waiting times at the emergency room, including the cancellation of surgeries over the past week "outside of cases that are considered the highest need."

According to the note, the hospital has also opened up an additional space in a new wing of the hospital to handle overflow from the emergency room.

However, the email says despite these and other measures, the emergency department is struggling to ensure timely access to care.

It says, "last weekend we were in a situation where the emergency department had no capacity to respond to resuscitation if needed," and there are shortages of staff to cope with overflow areas.

"Given this, we feel that as a potential next step we may need to consider placing patients in hallways 24 hours a day," the note says.

"We know this is not ideal, but nothing is ideal in these circumstances, especially for our patients and the community when there are no emergency services ... to respond."

The note was signed by the hospital's health services director, Lori Sanderson, and its director of medicine, Dr. Natalie Cheng.

Prime Minister Justin Trudeau is presenting the federal government's offer for billions in new health-care funding to the provinces and territories at a highly anticipated meeting in Ottawa today. At the first in-person meeting of all First Ministers in years, Trudeau is set to outline how much money his government is willing to provide, and what his expectations are for improving care.

The British Columbia government has introduced legislation to make Sept. 30 a paid statutory holiday marking the National Day for Truth and Reconciliation.

Germany, Denmark and the Netherlands announced Tuesday that they plan to provide Ukraine with at least 100 refurbished Leopard 1 battle tanks, a pledge that comes as Kyiv anticipates a new Russian offensive around the anniversary of its invasion.

A dog named Kujo will be euthanized after a B.C. judge determined the animal is "likely to kill or injure" if released from the pound.