Like any other six-year-old, Sophie Jones enjoys playing with her sisters, listening to music, and dancing. However, she lives with a rare chromosome deletion which causes a severe form of epilepsy.

"We found out about her at five and a half months old that she would have epilepsy. Around a little after her third birthday she started having seizures," said Kaylee and Nick Jones, Sophie's mother and father.

When she was three, Sophie was diagnosed with malan syndrome which is a rare genetic disorder that only affects about 11 people in Canada.

After Sophie had her first seizure, she began to experience them more frequently.

"They started coming in as clusters of two to five minutes and they weren't stopping until we were giving her a rescue med," said Kaylee.

Despite trying several medications, the seizures continued and she had an adverse reaction to the medications. Due to this, Kaylee and Nick took on their own research, which led them to ask their doctor about pediatric CBD oil.

After receiving approval of the CBD treatment from Sophie's neurologist and family doctor, Sophie began taking it in prescribed doses.

"We’ve seen it work for [cases] like Charlotte’s Web. They were famous for people moving to Colorado to help their kids with epilepsy and families were packing up the whole family and moving to another state," said Nick.

According to Charlotte’s Web, well over 500 families have moved to Colorado to access CBD oil legally for children with violent seizures.

The movement was inspired by Charlotte Figi, whose parent's changed states to access it.

Each month, Sophie’s medication costs $700 and it isn't covered by pharmacare. So far, community fundraising has assisted the family with the payments.

"They raised eight grand in a supper for Sophie and that was when she was 18 months old,” said Kaylee and Nick.

The money raised through several different community fundraisers have been put into Sophie’s Trust.

According to trustee Brian Hirtle, as of now there is less than $4,000 dollars in Sophie’s Trust however, it is also dwindling quickly.

"As a community we will do our best to have something for Sophie’s medication but what happens after that?" said Hirtle. “She is doing well with it and we want that to continue.”

With appreciation for the community support, the Jones' said rising costs has been making it difficult to ask for a helping hand.

"Our neighbours give what they can, but they’re also just getting by and plus how long is the community going to be able to donate?” said Kaylee. 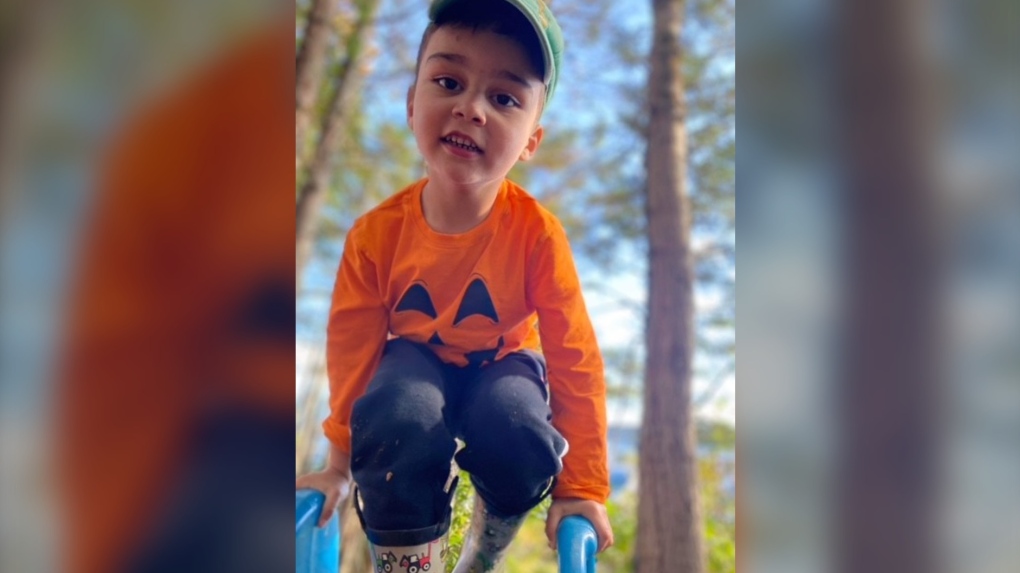 Pictured is Julie Kuipery's five-year-old son Colton, who lives with a rare form of epilepsy.

Meantime, another Halifax family can relate to the Jones's.

After speaking with Colton’s neurologist, he began receiving three doses of the oil each day.

Kuipery said the CBD oil has helped with Colton’s seizures, but it costs them $400 per month.

"It’s a lot of trying to save and going into debt, refinancing and doing whatever you can to make this a part of his medication regime,” said Kuipery.

CBD oil is not covered by either family’s insurance.

"All public drug plans in Canada fall under provincial/territorial jurisdiction," said Health Canada, in a statement to CTV News.

CTV also reached out to Nova Scotia Health and Wellness.

“Our provincial pharmacare programs provide coverage for medications that must first be approved by Health Canada. CBD oil has not undergone Health Canada’s drug review process," the statement read.

Later, CTV followed up with Health Canada again who said there haven't been submissions for CBD oil.

"So far, no submissions have been received for CBD oil. In the absence of a submission, Health Canada has not received evidence to review related to those drugs."

The Jones’ family said their family doctor and neurologist both support Sophie’s use of CBD oil, but it still does not help the cost.

Those interested in donating to Sophie's Trust or have questions can email brianleehirtle@gmail.com.