People who attended St. Patrick's Day event may have been exposed to COVID-19 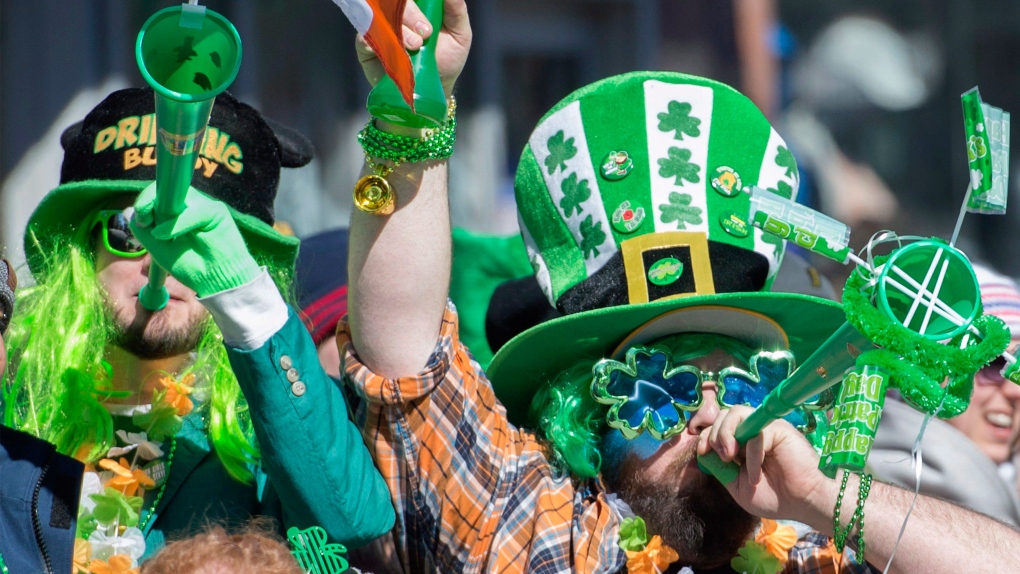 Members of the crowd cheer as they watch the annual St. Patrick's Day parade in Montreal, Sunday, March 19, 2017. THE CANADIAN PRESS/Graham Hughes

HALIFAX -- Health officials are warning people who attended a St. Patrick’s Day event at a community centre in Lake Echo, N.S. that they may have been exposed to COVID-19.

In a news release, the Nova Scotia Health Authority says roughly 50 people attended the event at the Lake Echo Community Centre on March 14.

The warning comes after Dr. Robert Strang, Nova Scotia’s chief medical officer of health, said that a COVID-19 case may be connected to a St. Patrick’s Day party.

It’s the first case of COVID-19 in Nova Scotia with no apparent link to travel or an earlier case.

"The investigation to determine the exposure and whether others have been exposed is ongoing," said Strang during a news conference Thursday.

Because the source of exposure hasn’t been confirmed at this time, Strang stopped short of saying the case is linked to community spread.

"We do know one of the situations we're looking at in this case was a significant number of people getting together on St. Patrick's Day,” added Strang.

A flyer advertising a March 14 St. Patrick’s Day dance, hosted by the Chezzetcook and District Lions Club, had been posted to the Facebook page of the Lake Echo Community Recreation Society.

Public Health has been contacting people who attended the event and those people have been directed to self-isolate.

"While most people have been contacted, there could be some attendees Public Health is not aware of or contact information may have changed for individuals,” said the NSHA.

“It is anticipated anyone exposed to the virus at this March 14 event may develop symptoms up to, and including, March 28, 2020.”

The case was one of five new cases of COVID-19 in the province announced on Thursday, bringing the total number of cases to 73.

"This case illustrates why it's so important that the things we have put in place, that people adhere to them,” said Strang during Thursday’s news conference.

“The social distancing, why we've decreased the number in mass gatherings from 150 to 50 and now down to five, all the rules around self-isolation, if you've travelled outside of the province, it illustrates those are so important because how this virus spreads is when people get together in close contact.”

Anyone who attended the event is especially advised to watch for symptoms such as fever, cough, difficulty breathing and pneumonia.

Anyone experiencing those symptoms should take the online self-assessment questionnaire to determine if they should call 811.