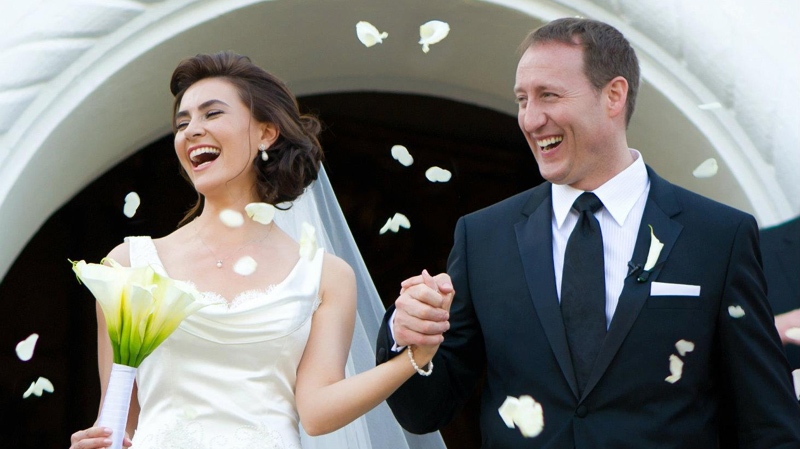 OTTAWA - Justice Minister Peter MacKay's wife is making a spirited defence of her husband over comments recently attributed to him about female judges.

In a letter to the Globe and Mail, Nazanin Afshin-Jam MacKay lashes out at both the media and the group of lawyers who attended a session in which MacKay reportedly said women were leery about becoming judges.

The Toronto Star reported that MacKay said women were afraid of being sent to work as judges on the circuit courts.

The report generated widespread criticism including from the justice ministers of both Ontario and Quebec.

His wife said MacKay's comments have been misrepresented in the media, which she likened to a "24-hour news cycle, National Enquirer-TMZ mentality."

She writes that organizers of the private meeting of lawyers have turned down her husband's request to release the audio recording of his comments to lay the matter to rest.