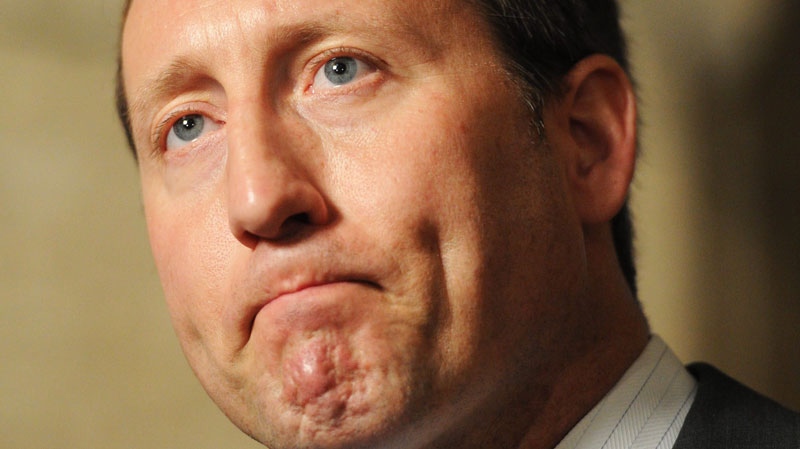 OTTAWA -- Peter MacKay says he knows he must decide quickly whether he will join the Conservative leadership race.

"Obviously a decision has to be taken soon, because I don't want to freeze people out, or influence their decisions," said MacKay, a former Conservative cabinet minister from Nova Scotia.

"I suspect that that's already happening, to some degree, so I'm very aware that a decision has to be taken soon and I'm seriously getting close to making that decision," he said.

Conservatives say that since MacKay would be a strong contender to replace former prime minister Stephen Harper, some other potential hopefuls -- and their would-be campaign organizers and financial donors -- are likely waiting to see what he will do.

The Conservatives are to vote for a new leader next May and many believe the race will not really begin to take shape until the caucus gathers for a retreat in Halifax later this month.

MacKay did not reveal his personal timeline for making his choice, but said "it's getting close."

MacKay, now working as a lawyer in Toronto, says he remains concerned about the impact that a leadership bid would have on his family.

He and his wife, human rights activist Nazanin Afshin-Jam, have two children, son Kian, 3, and daughter Valentia, who was born shortly before the federal election last fall.

"They're still going to be small kids when May rolls around, so this is the major lens through which I'm viewing this decision: what's in their best interest?" said MacKay.

Conservative MPs Kellie Leitch, Maxime Bernier, Michael Chong and Tony Clement have formally joined the race, but at least a dozen others are either poised to join or are contemplating a bid.

Tory MPs Lisa Raitt, Erin O'Toole and Andrew Scheer are all expected to make their intentions known this month.