Photographers at Irving-owned newspapers in N.B. laid off, union says 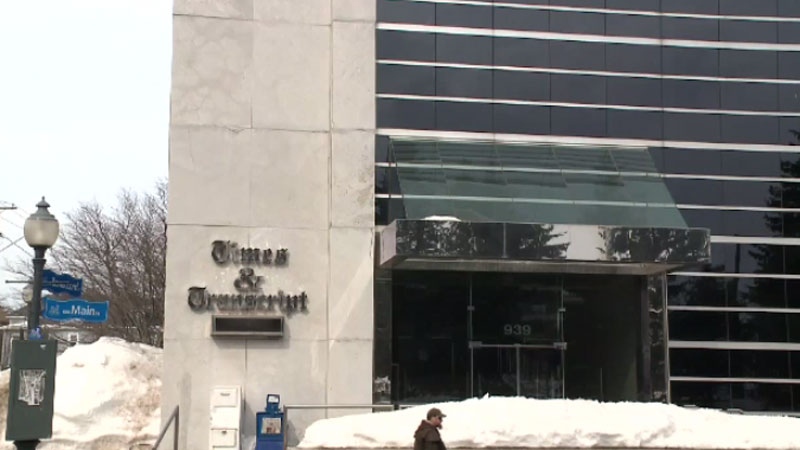 Martin O'Hanlon, president of CWA Canada, said the union was told six unionized photographers and one manager employed by Brunswick News are losing their jobs.

SAINT JOHN, N.B. -- The layoffs of staff photographers at the three Irving-owned daily newspapers in New Brunswick marks a sad day for journalism, the union that represents them said Monday.

Martin O'Hanlon, president of CWA Canada, said the union was told six unionized photographers and one manager employed by Brunswick News are losing their jobs.

O'Hanlon said the layoffs will harm the quality of the Fredericton Daily Gleaner, Moncton Times and Transcript and New Brunswick Telegraph-Journal.

"How do you run a newspaper without photographers?" he said, adding it's unlikely reporters will be able to capture similar quality images of breaking stories and sports events.

He said the union will launch grievances if Brunswick News uses freelancers or reporters to replace the work of the photographers.

Brunswick News issued a emailed statement saying the company was adjusting to a new technological reality.

"Our reporters now have the technology to quickly and easily take pictures allowing them to provide the essential elements to deliver quality content to our readers," says the statement from regional director Jean-Claude D'Amours.

"These staffing changes are in line with our long-term strategy of digital transition. They are also aligned with simliar changes by outher media publications, including Sports Illustrated."

Dwayne Tingley, the president of the union's local in Moncton, said one of those laid off is Viktor Pivovarov, who took a photograph of a gun-wielding Justin Bourque on the day he shot dead three RCMP officers last year. The image was later tweeted by the RCMP in their search for Bourque.

"In Viktor's case, he's a committed professional," Tingley said. "Not only that time and other times, all three (photographers) were willing to put themselves in harm's way."

Photographers at Irving-owned newspapers in N.B. laid off, union says