Planned Aug. 9 reopening of border with St-Pierre-Miquelon cheered in Newfoundland 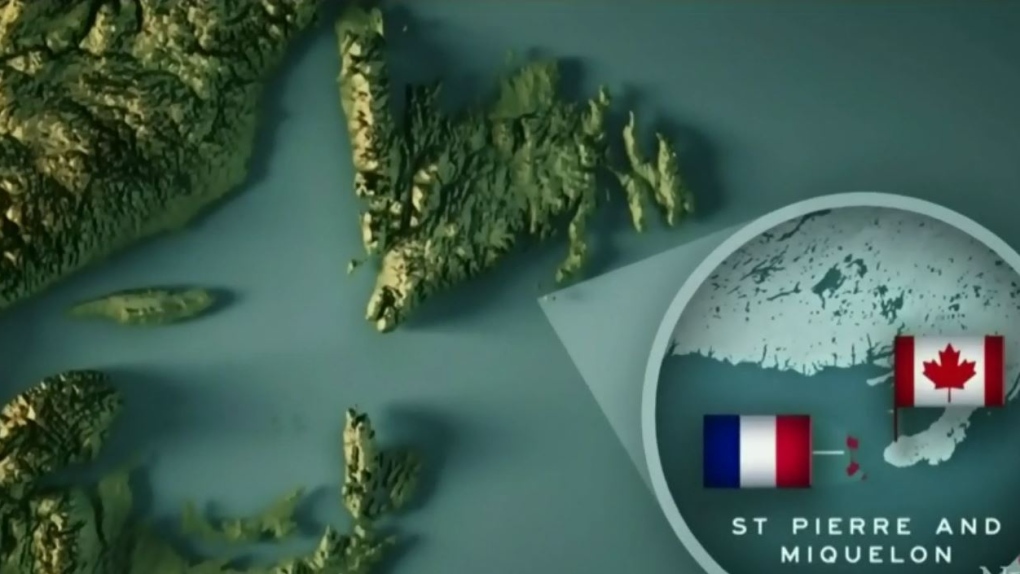 Chris Sheppard says he and others are relieved now that the international border between Canada and a clutch of French islands off Newfoundland is set to reopen on Aug. 9.
ST. JOHN'S, N.L. -

Chris Sheppard says he's breathing a huge sigh of relief now that international borders between Canada and a clutch of French islands off Newfoundland's coast are set to reopen Aug. 9.

As the executive director of Legendary Coasts, a non-profit promoting tourism in eastern Newfoundland, Sheppard has been leading an effort to get the border open so tourism dollars can flow once again between the two places. He said he hopes to be on the first ferry over to St-Pierre-Miquelon from Newfoundland.

St-Pierre-Miquelon and Newfoundland and Labrador have close tourism ties, but there are also families split across the two jurisdictions, Sheppard said in an interview Tuesday. "It is very special," he said. "These will be the only international residents that will be allowed in Canada until September."

St-Pierre-Miquelon is a 42-kilometre ferry ride from the town of Fortune, N.L. The French archipelago has a population of about 6,000 and has reported a few dozen cases of COVID-19 since the onset of the pandemic. As of Monday, 77 per cent of its eligible residents had been fully vaccinated, Sheppard said. In Newfoundland and Labrador, 40 per cent of eligible residents had been fully vaccinated as of Sunday.

Dominic LeBlanc, federal minister of intergovernmental affairs, announced Monday that fully vaccinated visitors from St-Pierre-Miquelon will be welcomed in Canada beginning Aug. 9, just like visitors from the United States. Travellers from the rest of the world would have to wait until Sept. 7, he added.

St-Pierre-Miquelon is reciprocating the offer. Travellers from Newfoundland and Labrador will be welcome there beginning Aug. 9 as well, Sheppard said.

Premier Andrew Furey had previously written to LeBlanc to express the province's support for some kind of deal to reopen to the French islands. "Our government has advocated for the reopening to St-Pierre-Miquelon given the close ties between us," he said in a news release Tuesday welcoming the development. "It is a time for optimism as we emerge from COVID-19."

Canadians will have to present at the St-Pierre-Miquelon border a negative COVID-19 test taken in the previous 72 hours, and they also need one upon their return to Canada. Sheppard said his group is working with the ferry office to see if they can build a schedule to allow people to leave Newfoundland for St-Pierre-Miquelon and be back within that time frame so they would only need one test for the round trip.

"This is not just about an economic impact, this is about just being humans and the humanity of leaving these people for this long over there," Sheppard said.

This report by The Canadian Press was first published July 20, 2021.