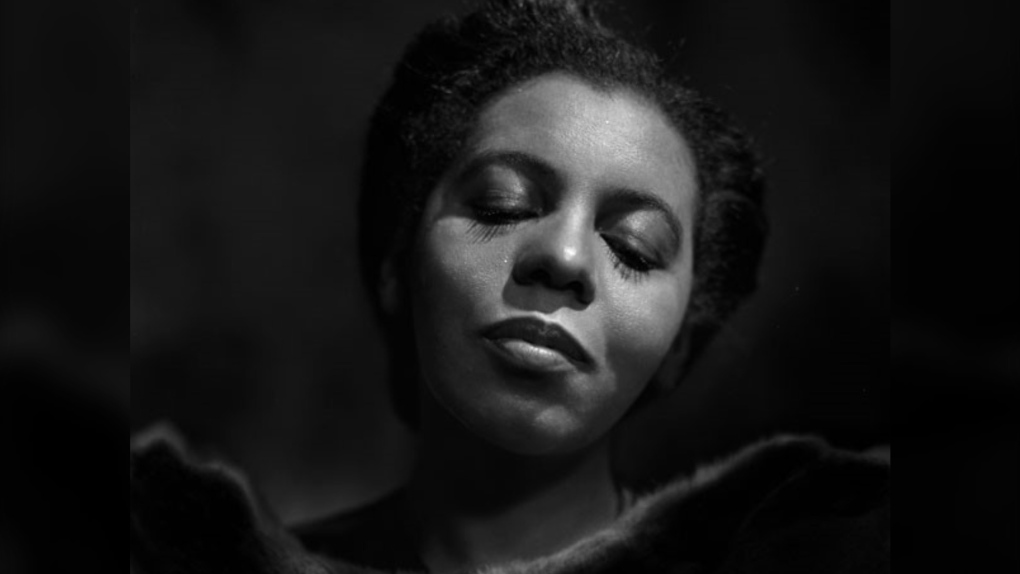 HALIFAX -- HALIFAX -- As a boy, George Elliott Clarke browsed a family album and marvelled at the "shimmering career" of his great aunt Portia White, an African-Canadian woman who became an acclaimed classical singer in the 1940s.

Now the author's readers can share in the link between songstress and writer through his six-part, 49-page poem imagining her thoughts on topics ranging from racism to rock music.

"I confirm facts, but say/ Also what I think she'd've said," Clarke writes in the preface of the recently published "Portia White: A Portrait in Words" (Nimbus), a chronicle of her life from 1911 to 1968. Poetry allows the author latitude with apostrophes and freedom to recreate a life as "part fable," he notes in opening verses.

In an interview Monday, Clarke says he felt called to write the epic poem for young adults, hoping that budding black artists will be inspired by "the first African-Canadian star of song and stage," just as he was.

"My whole life has been embroidered with the memory of Portia. It's always been there," he said.

The early portions of the poem covers White's childhood and young adult life against the backdrop of two world wars and the Great Depression.

Each of the six sections begins with an illustration by Lara Martina, a former Nova Scotia resident now returned to her native Italy, who has drawn whimsical, bright collages inspired by the poetic images.

Throughout, the verses describe the music, from White singing in the choir of her father's Zion Baptist church in Truro, N.S., to a command performance in 1964 before Queen Elizabeth II and Prince Philip at the Confederation Centre in Charlottetown.

Clarke says he's indebted to details he gained from works such as Lian Goodall's "Singing Towards the Future: The Story of Portia White" and the advice of his cousin Sylvia Hamilton, who made the film "Portia White: Think On Me."

Still, the poet weaves in the political with the biographical, concluding his relative was a woman who was "very much a democrat and very much interested in equality of all sorts."

In Section One, Clarke considers how the granddaughter of "a Dixie slave" might feel performing before a Queen descended from monarchs who once "numbered my ancestors as owned." He imagines White could "blister ears with Trouble's songs -- / spiritual salvos out my lungs."

Portia's father was Rev. William Andrew White, who came to Truro in 1874 just a decade after the end of African slavery in the United States. Her mother was Izie Dora White, descended from African-American, British and Mi'kmaw heritage.

White would go on to become pastor of the Cornwallis Street Baptist Church in Halifax and lead a brigade of black Nova Scotian engineers into the First World War, while Izie ran the choir and Portia became immersed in gospel and spirituals.

The poem often mixes scenes of ordinary life in this family, such as the chores of "soaped clothes, soaked dishes, fried up eels," along with achievements in high art - as White placed first in a singing competition by mastering an aria from Donizetti's "Lucia di Lammermoor."

As an 18-year-old, White had to take a job teaching in a segregated school in the black community of Africville to pay for singing lessons.

But the Second World War brought Dr. Ernesto Vinci, a Jewish-Italian fleeing fascism, to Halifax. A trained operatic baritone, he taught White at the Conservatory, where the Halifax Ladies' Musical Club paid her tuition.

Section Four of the saga depicts her subsequent breakthrough in the 1940s, including a rapturous 1941 reception in Toronto, and, three years later, the New York Times lauding her performances at the Town Hall auditorium.

She sang in multiple languages in a three-octave range, with a repertoire that ranged from aching spirituals to classical songs, touring Canada, the United States, the Caribbean and South America.

But there were barriers.

On her trips back to Nova Scotia, hotel clerks would suggest it was improper for her to enter the dining room due to her race, the poem says. In her professional career, lead parts in major operas were denied to White.

"She was probably very irked she was never permitted to sing opera beyond the amateur stage," Clarke said in the interview.

He also says his great aunt's record company managed her career poorly, and he remains puzzled and saddened that it didn't record her voice for an LP. Her family assembled a few of her recordings and put out one record and a CD after her death in 1968.

Illness ended White's touring, and she returned to Toronto for cancer treatments after 1955 while launching a second career training a select group of singers.

Clarke says his poem is one step in the effort to deepen a national remembrance and recognition of the path White blazed as for African-Canadians on the international music scene.

"In this sense, Oscar Peterson ... the stellar jazz pianist from Montreal, followed in her footsteps, as do -- arguably --Measha Brueggergosman, Alessia Cara, Drake, the Weeknd - and, maybe, one-day, you," he writes in the book's concluding pages.

Clarke is scheduled to officially launch his book, published by Nimbus, in Halifax next Tuesday evening at the Canadian Museum of Immigration.

This report by The Canadian Press was first published Dec. 3, 2019.