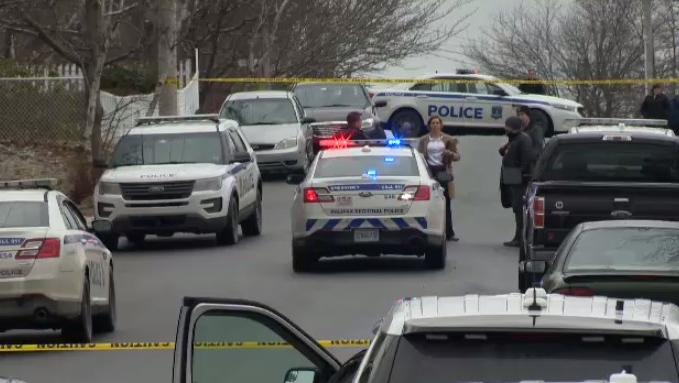 Halifax Regional Police respond to a shooting in Dartmouth on Jan. 14, 2020.

When officers arrived, they found a teenage boy suffering from a gunshot wound to his leg.

The teen was taken to hospital with non-life-threatening injuries.

The incident prompted a significant police presence in the area, with forensic identification officers and a K9 unit responding to the scene. The area was closed to traffic for several hours while police investigated.

However, police now say it appears the teen fired the weapon by accident, causing the injury.

The Dartmouth teen is facing charges of careless use of a firearm and possession of a weapon for a dangerous purpose.

He was scheduled to appear in Halifax Youth Court on Wednesday.