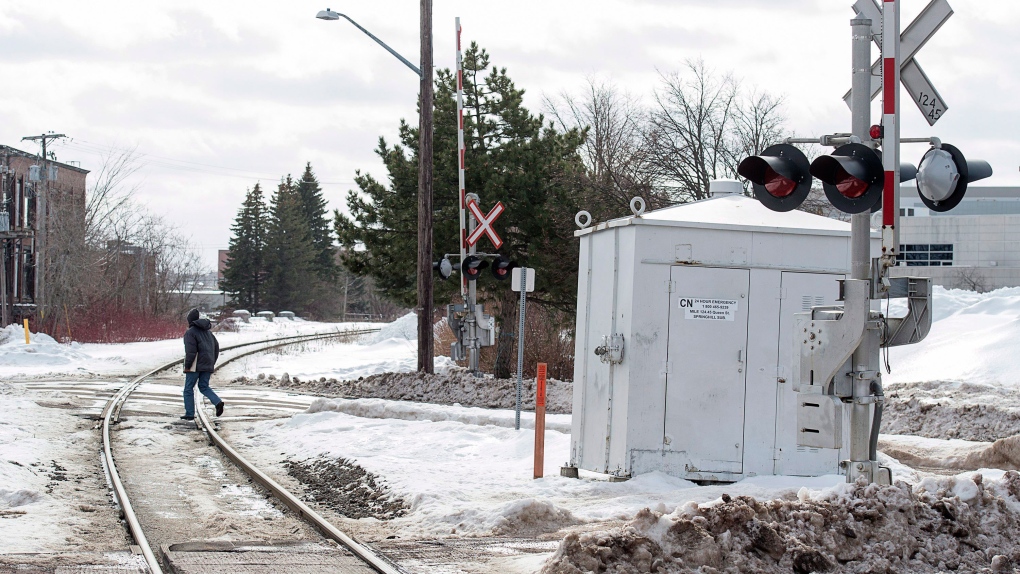 A railway crossing in Moncton, N.B. is seen in this file photo.

ANTIGONISH, N.S. -- RCMP in Nova Scotia are investigating after four incidents of tampering with railway crossings in the last week in Antigonish County.

Police say they responded to three incidents reported on Wednesday and another on Friday, this time in the community of Monastery.

Antigonish RCMP determined that the lights at each crossing were tampered with to activate the crossing lights indicating that a train was coming, even though there was no train.

On one occasion, the lights were tampered with to shorten the warning time of an approaching train by more than 50 per cent.

Police are advising the public to exercise caution when approaching railway crossings at intersections with public roadways.

Anyone with information on these incidents is asked to contact police or Crime Stoppers.

This report by The Canadian Press was first published Dec. 12, 2020.