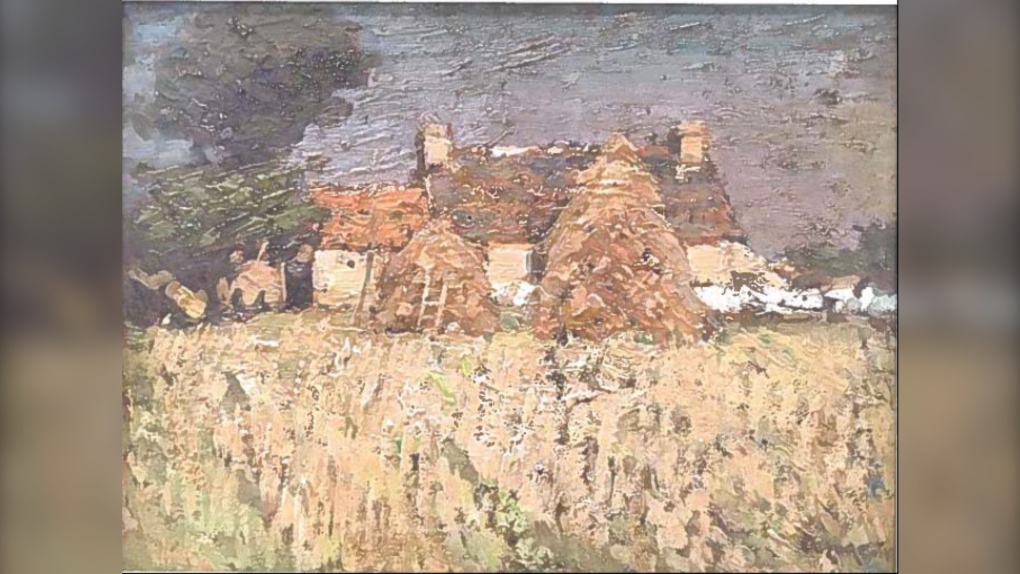 Halifax Regional Police is requesting the public’s help with their investigation into the theft of a painting from a gallery in the city.

On Sept. 29, police say they received a report that a valuable painting had been stolen from a gallery on Doyle Street earlier in the day.

Police have released pictures of the suspect and the painting.

The suspect is described as a man with dark hair and a receding hairline. He was wearing a blue tracksuit (hoodie and sweatpants), black and white sneakers, and what appears to be a black mask.

Police ask anyone with information about the incident or video from the area to contact Crime Stoppers.