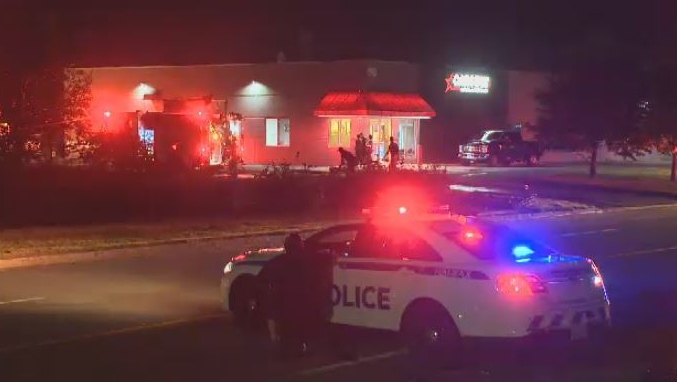 Police and fire crews respond to the Carstar building on John Savage Drive in Dartmouth on Sept. 13, 2018.

Halifax Regional Police are investigating a suspicious fire that destroyed six cars at an auto-body shop in the Burnside area of Dartmouth.

Police and fire crews responded to a report of several vehicles on fire at the Carstar building on John Savage Drive around 9:30 p.m. Thursday.

Police say the vehicles were parked in a fenced lot at the back of the building and there were no signs of forced entry.

The cause of the fire is under investigation but police believe it is suspicious.

Anyone with information is asked to contact Halifax Regional Police or Crime Stoppers.