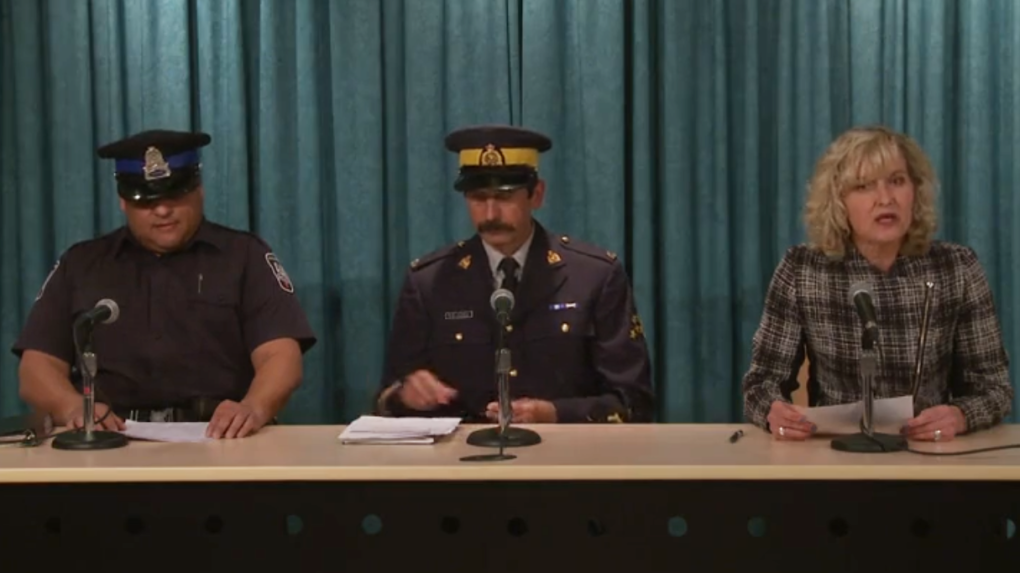 HALIFAX -- Police will be present at Prince Edward Island schools after an anonymous tip suggested someone might bring a gun to school.

Police and government officials talked about the investigation during a news conference on Sunday.

They said the tip came in late Friday afternoon and that the alleged threat wasn’t directed at a specific school or person.

“Law enforcement received an anonymous tip suggesting an unknown person would bring a firearm to a school,” explained Bethany MacLeod, the deputy minister of education and lifelong learning, during Sunday’s news conference, which was live streamed on Facebook.

“An extensive investigation involving all police agencies in the province, and in consultation with school officials, failed to turn up any information that would suggest that this threat was credible.”

Police don’t believe the person who called in the tip is the same person who made the alleged threat.

“It appears right now that this may have been a case of someone who is disgruntled, and may have made a comment about bringing a firearm to a school, and some other person may have overheard it and been concerned enough to have passed it on to law enforcement,” said P.E.I. RCMP Staff Sgt. Kevin Bailey.

While police have determined the threat isn’t credible, they felt it was important to share the information with parents, and to dispel any rumours.

“We felt it was important to get this information out to help parents decide if they want to send their children to school tomorrow,” said MacLeod. “We have been in close touch with principals and school administrators throughout the weekend to ensure that no false rumours are circulated.”

All schools on the island will be open Monday and there will be a police presence at schools throughout the province over the next few days, as a precaution.

Police say threats of any nature are always taken seriously and the investigation is ongoing.