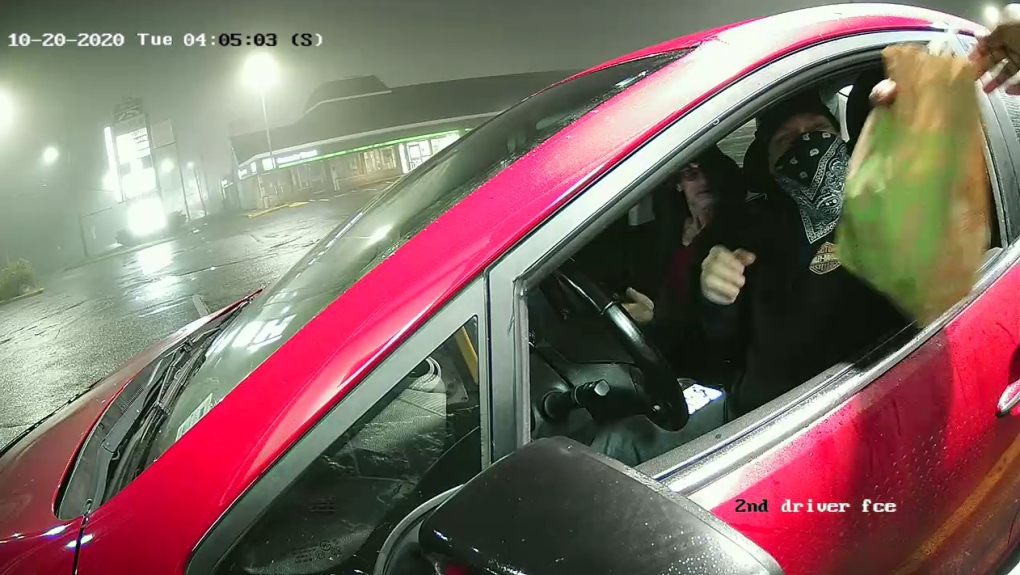 HALIFAX -- Police are seeking the public’s assistance in identifying two suspects in relation to a break-in at a Dartmouth home last month.

Halifax Regional Police say a residence on Paul David Crt. in Dartmouth was broken into sometime between 12:30 a.m. and 5:30 a.m. on Oct. 20.

Shortly after the theft, police say the cards were used at a number of businesses in Dartmouth and Cole Harbour.

Police have released descriptions of two men who allegedly used the stolen cards.

One man is described as white, 5’9”-5’11” tall, with a thin build, and collar-length dark brown/black hair. At the time of the incident he was wearing a black jacket, a red shirt, jeans and a baseball cap with “Senators” on the front.

The second man is described as white, with a stocky build and a tattoo on the back of his left hand. At the time he was wearing a black “Harley Davidson” sweater and baseball hat.

Police say the men may have been in a red Kia Forte.

Police ask anyone with information about the identity of the men, or who may have video from the area to contact police or Crime Stoppers.