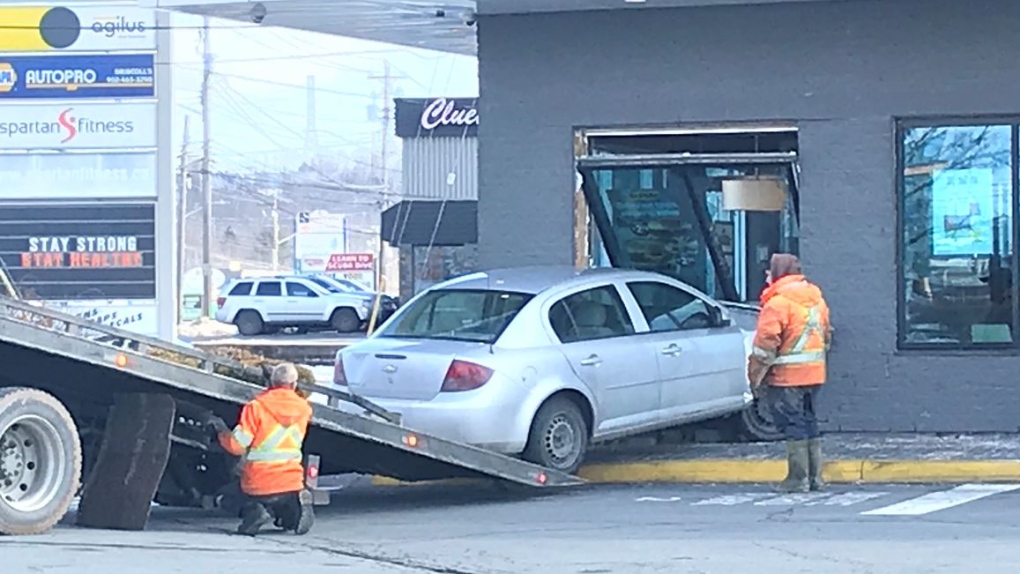 HALIFAX -- A Dartmouth man has been charged with impaired driving after police say his vehicle crashed into a McDonald’s restaurant Wednesday afternoon, hitting a customer sitting inside.

Around 1:15 p.m. Wednesday, police say they were called to a vehicle that had “struck the building and came to rest inside the restaurant” at the McDonald’s at 645 Windmill Rd.

According to police, the vehicle hit a customer who was sitting inside, sending them to hospital with non-life-threatening injuries.

Halifax Regional Police are investigating the crash. The car has been towed away. Here is a look at the damage to the restaurant pic.twitter.com/TuwFRQVWgF

He is scheduled to appear in Dartmouth provincial court at a later date.