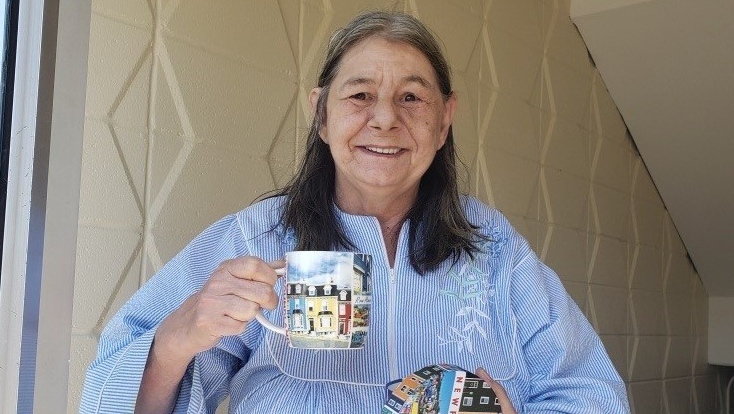 Breau is described as being five-foot-nine inches tall and weighing around 160 pounds with a medium build. She has short, dark hair and brown eyes and is missing her upper teeth.

Police in Moncton are asking for the public’s help to find a missing 66-year-old woman in the area.

According to Codiac Regional RCMP, Angela Breau was last seen on Aug. 6 around 2 p.m. at a residence on Elmwood Drive. Police say she has not been seen or heard from by family since, and Breau was reported missing to police on Sunday.

Breau is described as being five-foot-nine inches tall and weighing around 160 pounds with a medium build. She has short, dark hair and brown eyes and is missing her upper teeth. Breau was last seen wearing a bright-coloured top with light-blue sneakers and a beige purse.

Police are asking anyone with information about Breau’s whereabouts to call Codiac Regional RCMP at 506-857-2400.

Canadians in Russia who hold dual citizenship should leave the country immediately or risk being conscripted for mandatory military service, the Government of Canada is warning.

Ceremonies, marches and other gatherings are taking place across the country Friday as communities mark the National Day for Truth and Reconciliation. The federal statutory holiday was established last year to remember children who died while being forced to attend residential schools, as well as those who survived, and the families and communities still affected by lasting trauma.

As Russia's war in Ukraine enters a flammable, even more dangerous phase, analysis from the Associated Press on CTVNews.ca looks at whether a wider war is looming with devastating results for the world, perhaps not seen since 1939-1945.

Russia vetoed a UN resolution Friday that would have condemned its referendums in four Ukrainian regions as illegal, declared them invalid and urged all countries not to recognize any annexation of the territory claimed by Moscow.

Exposure to air pollution increases the risk of COVID-19 hospitalization by up to 30 per cent for fully vaccinated patients, according to a new study.