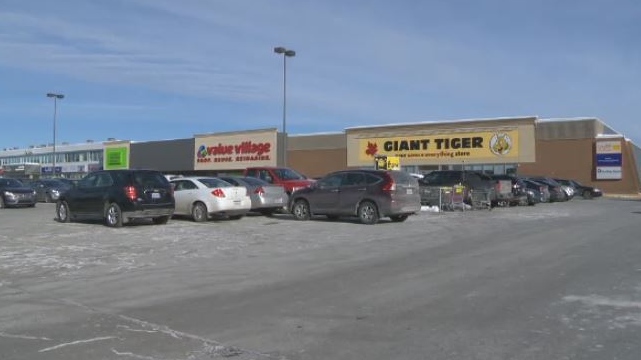 New Glasgow Regional Police responded to a report of an abduction in the parking lot of the Aberdeen Business Centre, near the Giant Tiger store, in New Glasgow, N.S. at 8:45 p.m. Saturday.

Police are looking for a man accused of abducting and assaulting a woman in Nova Scotia’s Pictou County.

New Glasgow Regional Police responded to a report of an abduction in the parking lot of the Aberdeen Business Centre, near the Giant Tiger store, in New Glasgow, N.S. at 8:45 p.m. Saturday.

Police say a man assaulted a woman in the parking lot and forced her into her 2017 white Dodge Durango. The suspect then left the area in the vehicle, travelling north on East River Road, onto Washington Street, then Marsh Street, then onto Vale Road, and onto Sherbrook Road, headed to Blue Mountain.

Once in Blue Mountain, police say the suspect fled the scene in another vehicle, described as a small four-door sedan, which was parked nearby.

Pictou County District RCMP is also investigating an alleged assault in Blue Mountain, in connection with the abduction.

The woman was taken to the Aberdeen Hospital with non-life-threatening injuries.

Police are looking for the suspect, who is described as a clean-shaven, white man in his mid-30s to mid-40s. He was wearing a baseball cap at the time.

Police say the woman did not know the man.

"It is a small community and something of this magnitude is very concerning for the general public, but the investigation is proceeding and hopefully we'll get some answers very quickly," said Const. Ken Macdonald.

"We're hoping that someone out there has some information that can assist us. That is very crucial to the investigation."

Investigators are asking anyone with information, or anyone who may have seen either the 2017 white Dodge Durango, which has New Brunswick licence plates, or the four-door sedan Saturday evening, to contact police.