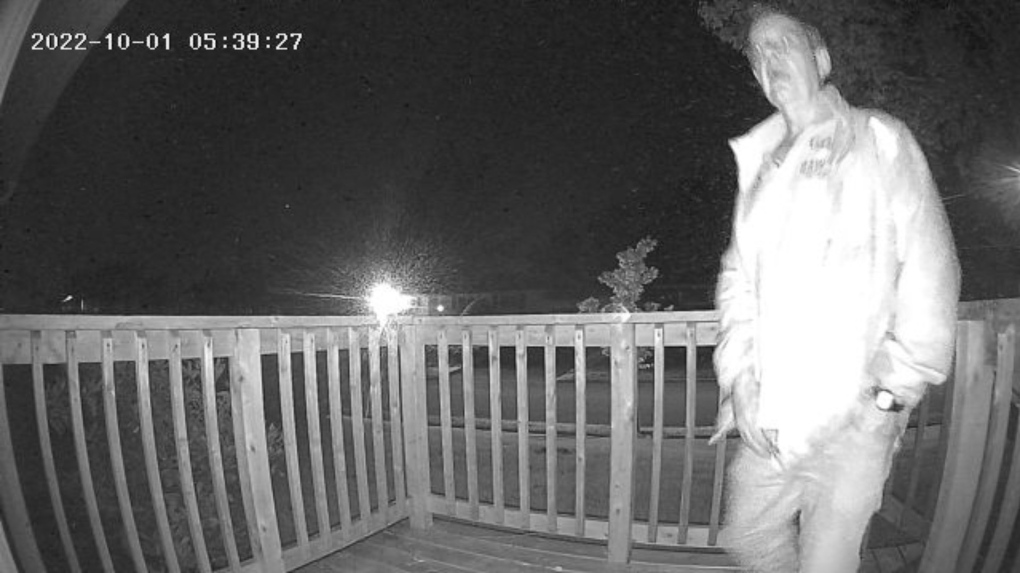 The first incident happened Saturday around 5:40 a.m. on Wanda Lane. The suspect is described as a white man in his 60s, wearing a light-coloured jacket and jeans. (SOURCE: HRP)

Police in Halifax are investigating three suspicious incidents in Dartmouth, N.S., over the weekend.

Halifax Regional Police say, in all three incidents, a man not known to the homeowners entered the properties and looked in the windows of homes.

The first incident happened Saturday around 5:40 a.m. on Wanda Lane. The suspect is described as a white man in his 60s, wearing a light-coloured jacket and jeans.

The second incident happened on Saturday just before 6 a.m. on Spring Avenue. The suspect is described as a man, about six feet tall, who was wearing jeans.

Police say the third incident happened on Sunday around 12:10 a.m. on Saguenay Place. The suspect is described as a white man in his 50s.

Investigators are considering the possibility that these incidents are related.

Police have released images of the suspect in hopes someone will be able to identify him.

The Canadian men’s national team returns to the FIFA World Cup pitch on Sunday to face Croatia, where they must pick up at least one point or risk elimination. CTVNews.ca will follow the match live.

Canada must secure at least one point against Croatia to stay alive in the tournament and four-time champion Germany looks to rebound against Spain. Belgium is playing Morocco after Costa Rica defeated Japan.

A 12-year-old boy is dead after playing Russian Roulette with peers in Jackson, Miss., police say.

Protests against China's strict 'zero-COVID' policies resurfaced in Shanghai and Beijing on Sunday afternoon, continuing a round of demonstrations that have spread across the country since a deadly apartment fire in the northwestern city of Urumqi led to questions over such rigid anti-virus measures.

Airbnb has a plan to fix cleaning fees

Pretty much everyone hates Airbnb cleaning fees -- those pesky charges tacked on to your vacation rental bill that supposedly cover the costs to get the place ready for the next visitors. Travelers don't like the expense, and hosts don't like charging them, either.