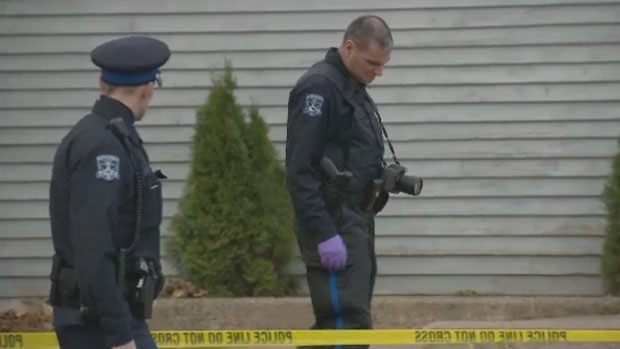 Halifax Regional Police are on the scene after gunshots were reported in the area of Barrington and Cornwallis streets Tuesday afternoon.

Police are looking for two suspects wanted in connection with a shooting in Halifax Tuesday afternoon.

Officers responded to a report of shots fired in the 2100 block of Brunswick Street just before 3 p.m.

They say a preliminary investigation reveals two suspects fired multiple shots at each other in the area, although no injuries were reported.

Police don’t believe the shooting was a random incident.

One suspect is described as a black man in his late-to-mid twenties. He is five-foot-nine with a thin build.

He wore a light grey hooded sweater, black puffy vest, light blue jeans, and covered his face with a black scarf at the time of the incident.

The second suspect is described as a light-skinned black man in his early twenties. He wore a black skull cap and grey sweat pants at the time of the incident.

Police say both suspects fled the area on foot and were last seen heading north on Brunswick Street.

Anyone with information on the shooting is asked to contact police.